After many teaser images and leaks, Mazda has finally pulled the wraps off the all-new 2013 Mazda6 sedan. The unveiling took place at the 2012 Moscow Auto Salon currently underway in Russia. 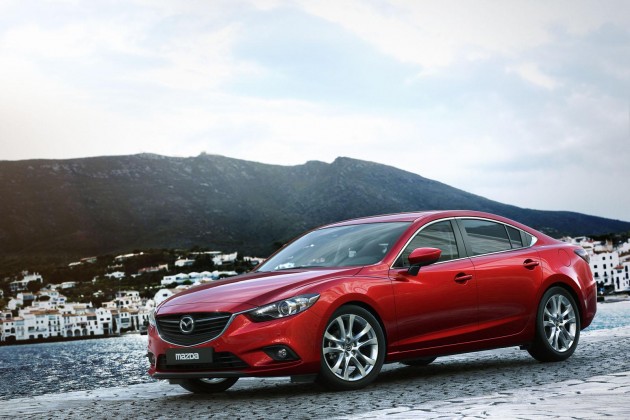 In Russia at least, the 2013 Mazda6 can be had with two different petrol engines; a SkyActive-G 2.0-litre petrol four-cylinder producing 110kW of power and 210Nm of torque, or a 2.5-litre version producing 141kW and 256Nm.

As we already know, the new 6 features loads of the company’s latest ‘SkyActiv’ technology. The technology is centered around increasing efficiency and maximising economy. For the two engines mentioned for example, both feature SkyActiv stop-start and a new i-ELOOP brake regeneration system. The 2.0-litre averages 6.1L/100km while the 2.5 manages 6.4L/100km. 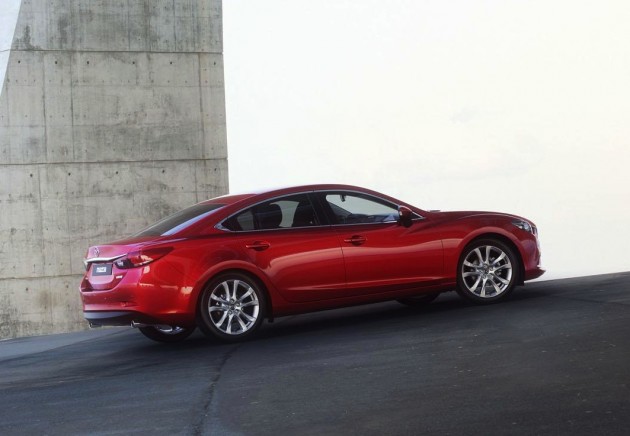 Inside, the cabin is larger than the current model’s interior thanks to an increased overall length of the car. There’s 37mm more rear legroom and 20mm more room width-wise. The level of quality inside is also stepped up a notch with liberal use of soft-touch plastics, metallic trimmings, and the introduction of a 3.5-linch instrument cluster display.

Underneath, the 2013 Mazda6 rides on a lightweight platform – also used on the current CX-5 – which is made up of high-tensile steel that is lighter and stronger than the materials used on the current model. As a result, weight is reduced by up to around 30 per cent. 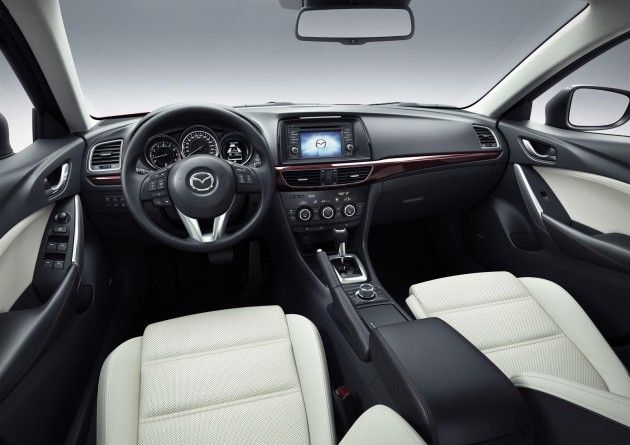 As for the the design, well, it speaks for itself. It is inspired by the Mazda Takeri concept car which was first unveiled at the 2011 Tokyo Motor Show. The design is toned down somewhat, but there are still plenty of clear similarities.

In Australia the new model is set to debut at the 2012 Australian International Motor Show in Sydney in October. Local engine packages, including details of a new 2.2-litre diesel, and specifications are expected to be announced then.