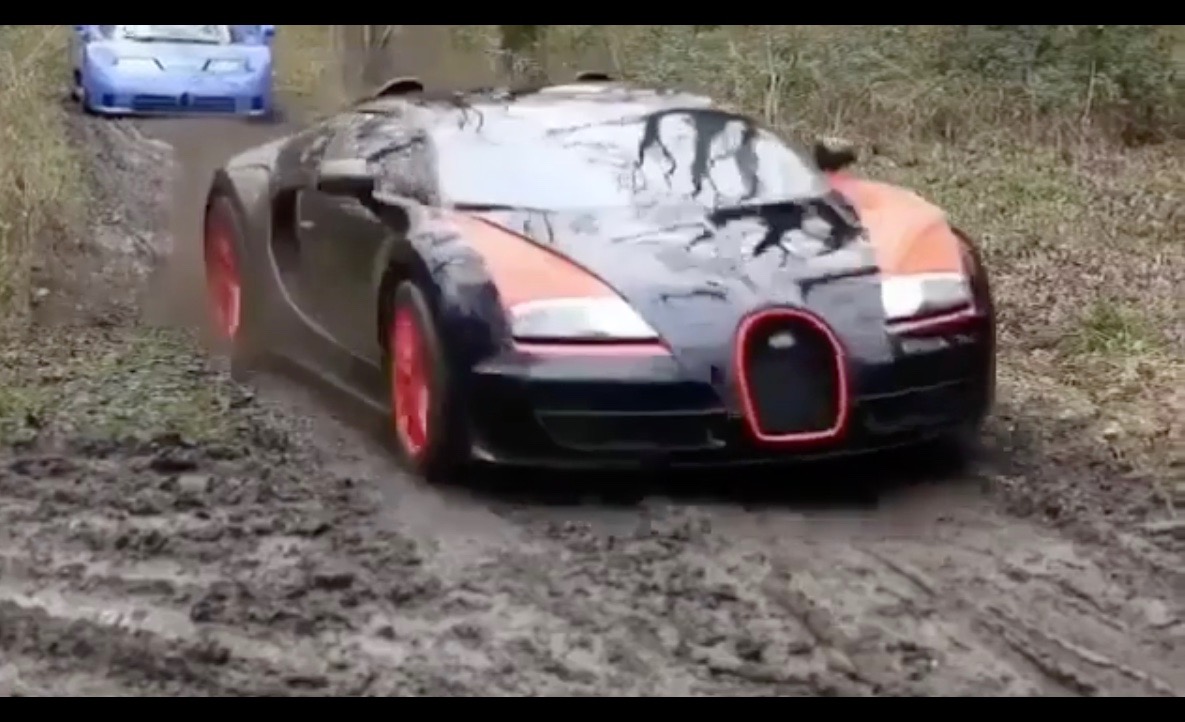 Here’s a video you don’t see every day. It shows a Bugatti Veyron, a Bugatti EB110 SS, and a Ferrari LaFerrari drifting in the mud, of all places. These cars have more than enough power to generate wheelspin and drift capability on dry tarmac, let alone on wet mud.

Some other epic cars in the clip include a Lamborghini Countach and a classic Miura. Why? You ask. Well, probably for the clicks, but if you’re that rich and you own a big chunk of land to play around on, why not, we guess.

We get the feeling this was put together by the same team responsible for similar videos on the TaxTheRich YouTube channel. The channel usually publishes videos exactly like this, with super exotic cars put to the test in unusual places.

In all honesty, as sacrilegious as it may seem, the cars probably didn’t sustain any real damage. Of course they will need a clean after the stunt but it looks to be pretty slick and slippery mud without ruts or anything too harsh. Better to drive them than keep them all locked up in a garage anyway, don’t you think?