Toyota US has released a rather intriguing teaser image of a new sedan it plans to unveil at the 2012 New York International Auto Show next month. Very little details have been revealed with the image. 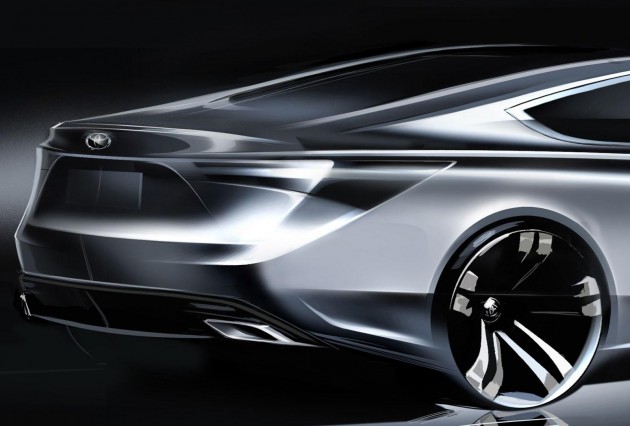 According to international critics, the image could be of a concept version of an upcoming 2013 Toyota Avalon. Toyota US has simply said that it’s an “all-new US-designed sedan”.

As you can see from the image, the design of whatever car it is does look quite appealing. It features futuristic and curvy contours, with a boot edge reminiscent of our old friend the Toyota GT 86.

Toyota is calling the styling an “exciting new design” featuring “an elegant yet athletic look”. Obviously this is an early sketch, but you can certainly see signs of aggressiveness, with slightly bolstered wheel arches and a neat diffuser section.

The new sedan will debut at the New York show, starting April 4.