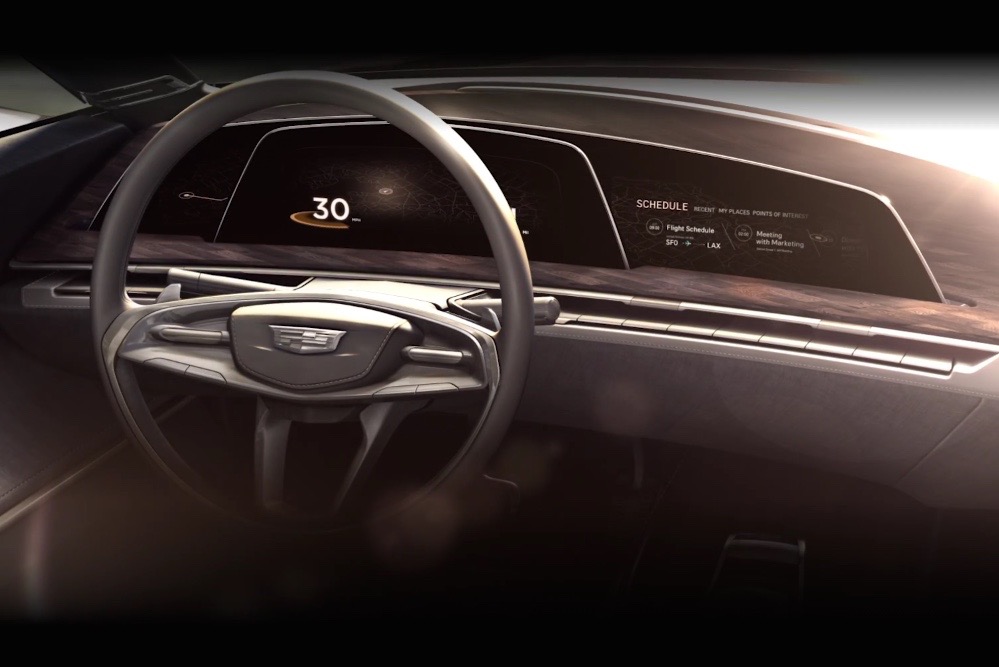 Cadillac has previewed an upcoming ‘Design Concept’ via video which will be shown at the Pebble Beach Concours d’Elegance this coming Thursday. 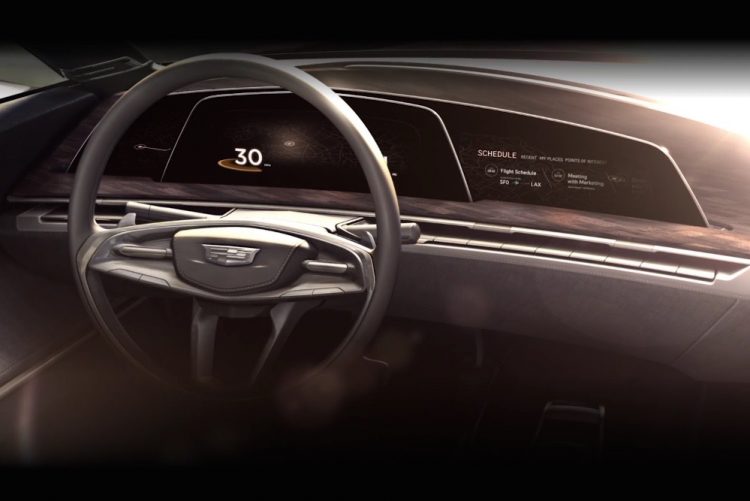 The video shows only a com-gen of the interior, featuring an ultra-wide OLED matrix incorporating the main instrument cluster and central display. A collaboration with LG Electronics, the curved OLED incorporates 3D navigation and ultra sharp graphics.

The rest of the interior is notable for its lack of buttons and overall simplicity, with woodgrain setting for the OLED panel.

The company assures this technology will feature in interiors of future models, but Audi may well pip the GM brand to the punch as the all-new A8 limousine is set to adopt a similar arrangement when it debuts next year.

Other automotive applications for OLED, or Organic Light Emitting Diode, include the taillights for the latest Audi TT RS and BMW M4 GTS, creating a theatrical 3D effect.

This will be the third concept car Cadillac has debuted at this event, following the enormous Ciel convertible and Elmiraj coupe.

It is not known at this stage which Cadillac will be the first to showcase this technology but we will bring you the concept’s unveiling this coming Friday.