BMW Australia has launched the new 2013 BMW 7 Series. The updated model comes with more fuel efficient engine options, including a hybrid for the first time, as well as loads of leading edge technologies and luxuries. 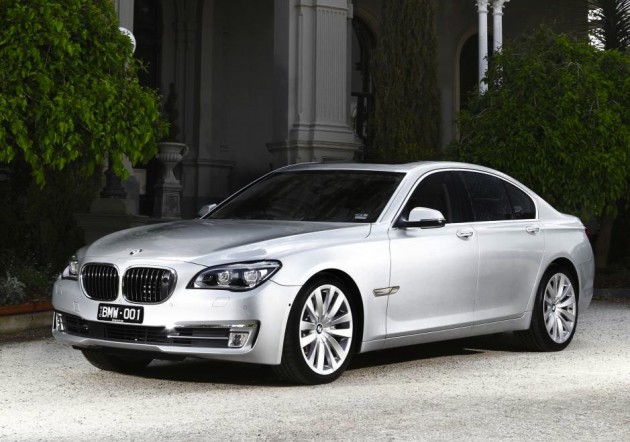 Following a new philosophy of an all-turbo showroom range, every new 7 Series is turbocharged, providing fuel economy improvements of up to 25 per cent. All also feature an eight-speed automatic transmission.

Next up in the range is the 2013 BMW 740i. It comes with a 3.0-litre turbocharged straight-six petrol engine producing 235kW of power and 450Nm of torque. The unit provides 0-100km/h acceleration in a quick 5.7 seconds, while offering an average fuel consumption of 7.9L/100km. 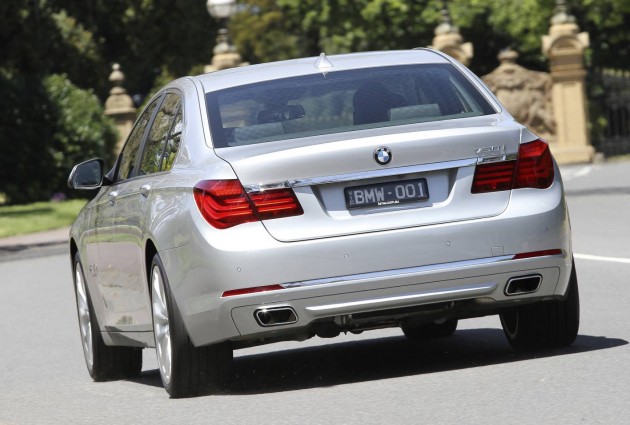 Further up the range is the 2013 BMW 750i. It comes with a 4.4-litre twin-turbo V8 petrol engine producing 330kW of power and 650Nm of torque. This is potent enough to propel the luxury sedan from 0-100km/h in just 4.8 seconds, while offering an excellent fuel economy rating (for the performance) of 8.6L/100km.

Lastly, an all-new variant joins the lineup this time around, the 2013 BMW ActiveHybrid 7. It shares the same 3.0-litre turbo six as the 740i, only it is assisted with electric motors. The electric motors add 40kW and 260Nm, however, the official combined output is rated at 260kW and 500Nm. Acceleration from 0-100km/h can be dealt with in 5.7 seconds, while its fuel economy has been rated at 6.8L/100km.

Apart from the revised engine lineup, the 2013 7 Series gets a slightly updated face with new kidney grilles and a freshened up air intake setup. Three new colour options for the exterior are now on hand as well. 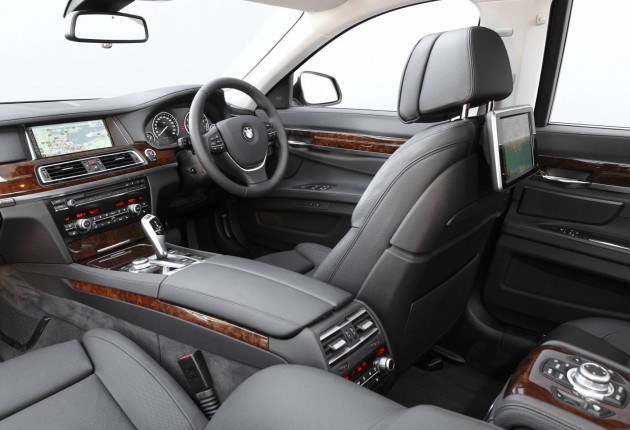 Like many new model BMWs, the 7 Series comes with Driver Experience Control with five different drivers settings; Comfort, Comfort Plus, Sport, Sport Plus, and Eco Pro, each altering the suspension rates, throttle response and various other driver controls for respective settings.

As for the audio system, all variants come standard with BMW’s Professional grade hi-fi unit with a 10.2-inch multimedia system. It comes with a dedicated 3D graphics card and a 20GB hard drive for media storage.

In you’re in the market for the ultimate in fine luxury and cruising comfort, the 7 Series is arguably the best in the business. All variants except the 730d are available in long wheelbase ‘L’ format as well, for even more rear-seat comfort.