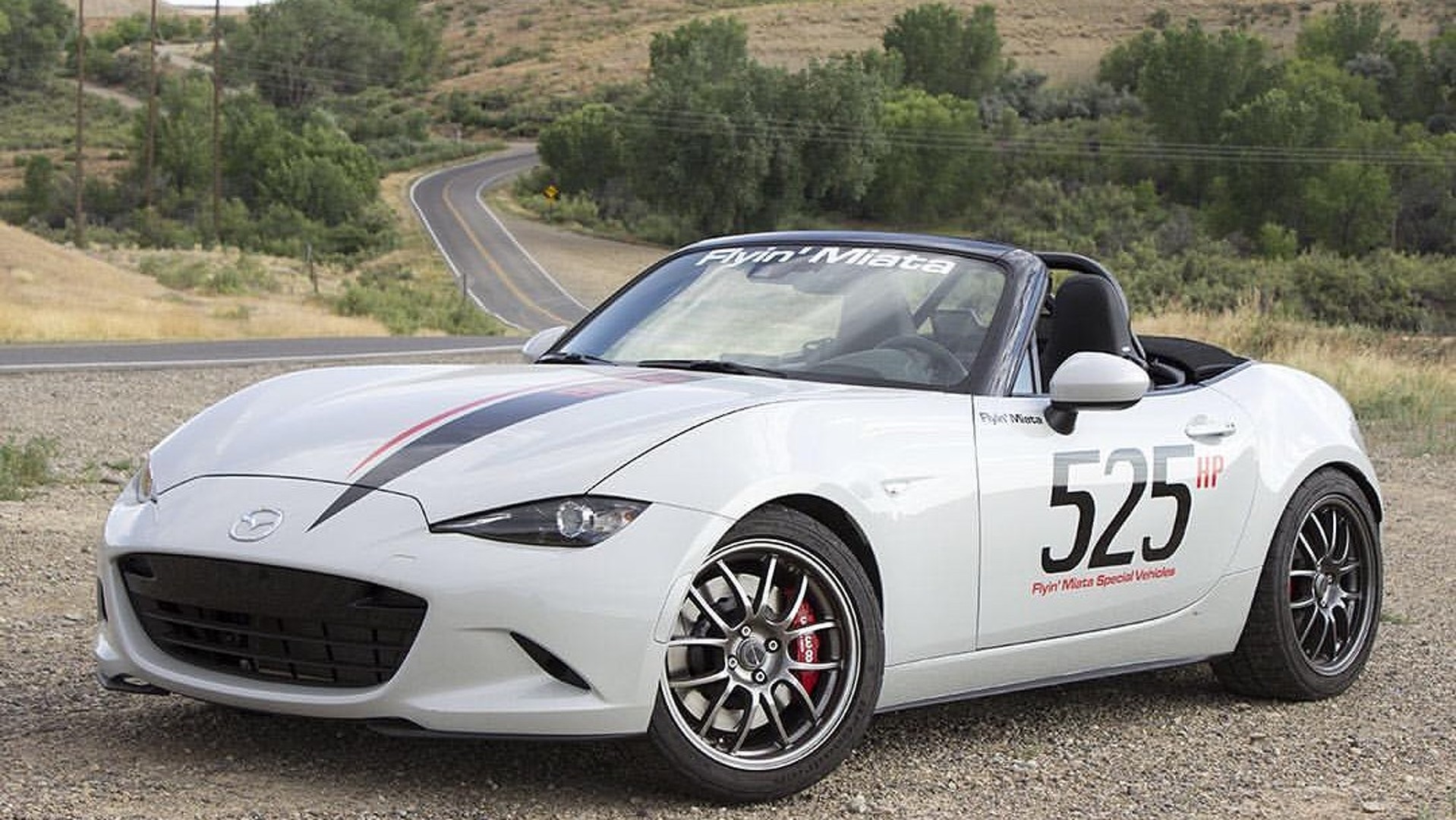 For as long as the Mazda MX-5 has been a motoring icon, the debate has been raging in regards to its, well… modest powertrain. 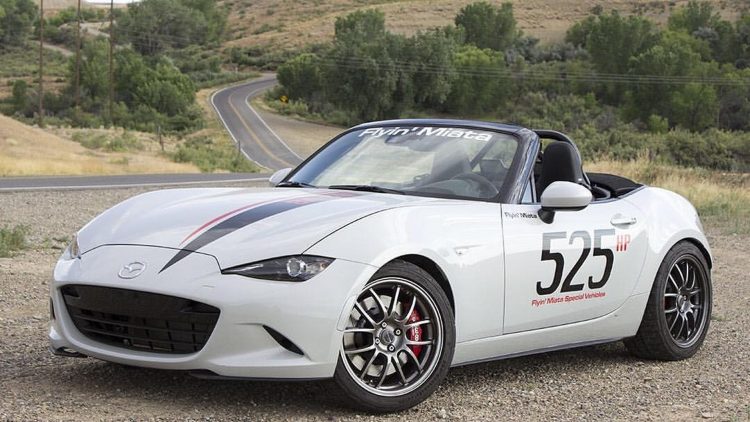 We’re not here to pick sides in this battle, only report the fact that “Flyin’ Miata”, a Colarado-based auto house, has fitted one of the latest ND generation MX-5’s with a General Motors V8. For the sceptics out there, just listen to the soundtrack in the video below.

The 6.2-litre LS3 engine, which previously powered HSVs and American muscle like the Camaro and Corvette, has been tuned up to 391kW. Flyin’ Miata also offers a further power upgrade, with an extra 70kW priced at US$1780.

As you can probably imagine, weight has increased too, with the Flyin’ Miata now tipping the scales at 1175kg. This is around 119kg bulkier than an original MX-5 with its 2.0-litre SkyActiv-G four-cylinder unit.

To match the added muscle, Flyin’ Miata has installed a six-speed T56 Tremec manual transmission, and a differential lifted from the Camaro SS, and a brand new exhaust system. It’s also available with further upgrades like a carbon fibre driveshaft, roll cage and a more powerful braking system.

Flyin’ Miata says the conversion will set you back just under US$50,000 (car not included). The firm has apparently begun taking orders. Tempting or what? Take a look at the video below for more.