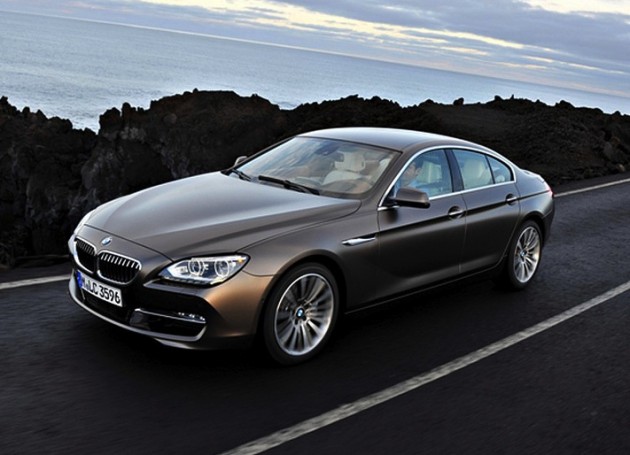 The 6 Series Gran Coupe borrows its design cues from the new BMW 6 Series, wearing the new face of BMW with a pronounced upper fascia and grille at the front, bulky slab-like wheel arches on the side, and an elegant rear end. It’s 111mm longer than the normal 6 Series Coupe however, providing more cabin space, especially for rear seat passengers. It’s also 102mm longer than a BMW 550i sedan, to give you further indication of its limousine-like character.

Inside, BMW has fit all of its latest technologies to the new 2013 BMW 6 Series Gran Coupe, including its ConnectedDrive system with Surround View reverse parking assist and cameras, Night Vision with pedestrian recognition, Lane Departure Warning System and Active Blind Spot Detection. The interior is also appointed in all the luxury qualities you would expect in a top-line BMW. 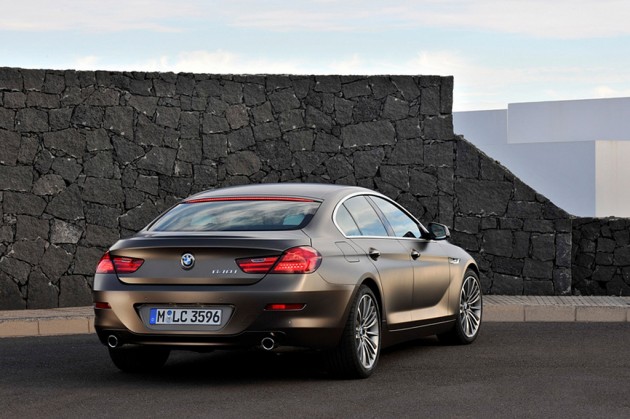 Like other models in BMW’s range, the BMW 640i and 650i are powered by BMW’s latest TwinPower engines. It’s interesting to note that BMW is really pushing on turbocharged technology, with most of its new models featuring a turbo engine, such as the new 2012 BMW 3 Series, and the new 6 Series, models of which are all turbocharged. And now the all-turbo Gran Coupe range.

The 2013 BMW 640i Gran Coupe features an ‘N55’ 3.0-litre TwinPower turbocharged six-cylinder engine developing 235kW of power and 447Nm of torque. It’s able to propel the Gran Coupe from 0-100km/h in 5.4 seconds, while top speed is limited to 250km/h. The turbo engine is also able to boast quite reasonable fuel economy figures of 7.8L/100km/h (Euro cycle).

The new 2013 BMW 650i Gran Coupe and 650i xDrive Gran Coupe feature a revised version of BMW’s awesome N63, now called the N63Tu. It’s still a 4.4-litre twin-turbo V8 unit featuring a unique reverse flow induction and exhaust layout, with the exhaust/turbochargers inside the V configuration and induction on the outside, but it also gets VALVETRONIC variable valve timing.

The 2013 BMW 6 Series Gran Coupe will rival the likes of the Audi A7 Sportback and the Mercedes-Benz CLS. The new model is set to hit the Australian market during the third quarter of 2012. BMW Australia is yet to finalise pricing. We’ll keep you updated.