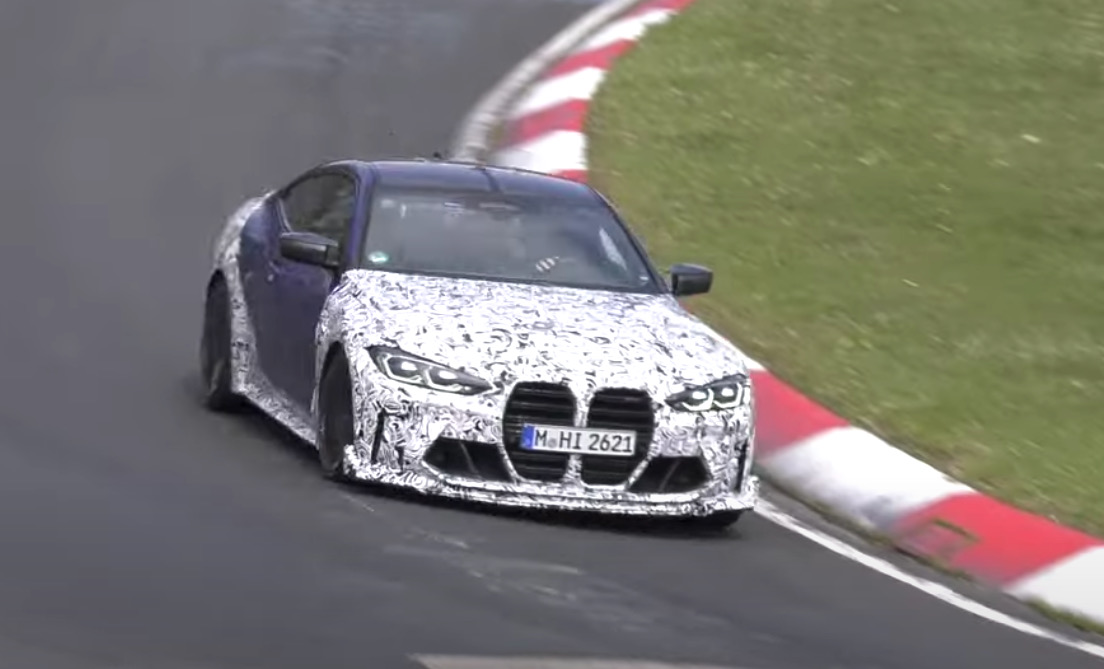 Some potential specs and information regarding the upcoming 2023 BMW M4 CSL and M3 CS have surfaced online, with power levels tipped to top around 400kW. 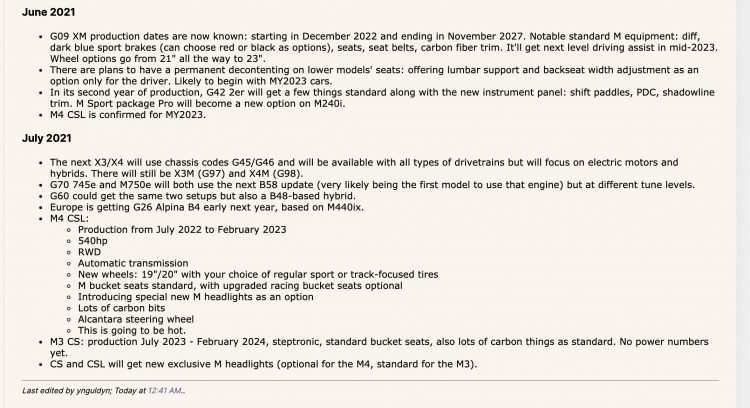 According to a production timeline post in enthusiast forum, Bimmerpost, BMW is planning to launch an M4 CSL (coupe sport lightweight) and an M3 CS (club sport) in the next couple of years. The M4 CSL is particularly interesting as it would revive the CSL badge which hasn’t been used on a production BMW since 2001, with the M3 CSL.

Production for this is set to commence in July 2022, limited until February 2023. Details show the CSL will apparently receive engine tuning to boost power from 375kW in the current M4 Competition to around 540hp. If that’s metric horsepower it translates to 397kW, or 403kW if it’s imperial horsepower.

Interestingly, the forum post says all of that power is going to be sent to the rear wheels only. Judging by the prototype spotted on the Nurburgring a couple of months ago (video below), BMW M engineers must be using magic to ensure huge levels of grip.

Helping in this area, the CSL is set to showcase a unique aero kit to increase downforce. We saw evidence of this on the prototype. Front winglets, a lower splitter, chunkier side skirts, and a more aggressive rear diffuser as well as a large rear wing look to be on the cards.

In other areas, the forum post mentions special M bucket seats or optional racing seats, increased use of carbon fibre likely resulting in a decent level of weight reduction, and a set of 19-inch front and 20-inch rear alloy wheels, probably made using forged techniques for lightness. Ultra-sticky tyres are also a given – perhaps Michelin Pilot Cup 2 R. 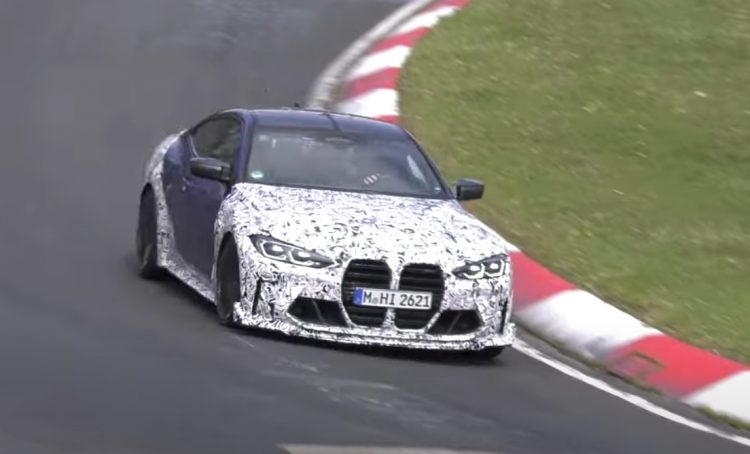 As for the M3 CS, this is set to be a sedan version of the M4 CSL above. It’s expected to receive much of the same gear, including the 400kW engine, up from the current M3 Competition and its 375kW tune. There’s also mention of special M headlights coming as standard, with production not set to kick off until July 2023.

We’re probably going to see more prototype testing before anything official surfaces. Although, the devastating floods that have ravaged parts of Germany recently, including around the Nurburgring, will slow things down, understandably.

In the meantime, check out the spy video below for a preview of the M4 CSL’s awesome performance and grip (notably at around the 1:45 mark).