Mitsubishi has announced it will be entering a special Mitsubishi i-MiEVPrototype electric vehicle in the 2012 Pikes Peak International Hill Climb. The famous climb is home to some of the ballsiest, most hardcore high-horsepower machines in the world. The run will certainly test out the potential of the electric vehicle (EV). 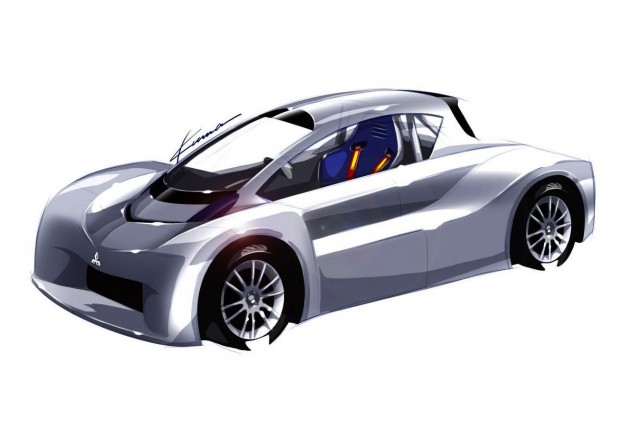 Based on the Mitsubishi i-MiEV fully electric city car, the i-MiEVPrototype is obviously not going to be the quickest up the mountain, but it will be one of the most technically advanced. Mitsubishi, along with partnering electronics manufacturing companies, will use the climb as a test bed for future products.

The Pikes Peak International Hill Climb is one of the toughest hill climbs in the world. It’s 16km long and goes so high up (4300m), the finish line is literally in the clouds. As you can imagine, this affects the performance of an engine quite dramatically as the air gets thinner and thinner the higher it goes.

Race driver Hiroshi Masuoka will be driving the prototype, which shares the same powertrain and platform as the i-MiEV city car. By the looks of these sketches, the i-MiEVPrototype will be built around an i-MiEV, with a much wider track for increased stability. There’s also an aerodynamically tuned body, with front and rear wings for downforce and flow.

The hammering drive will test the components and their durability against very adverse conditions. Mitsubishi and the range of engineers will be there to assess how it all goes. They will then use the results of the testing to further advance the technology for future road cars. 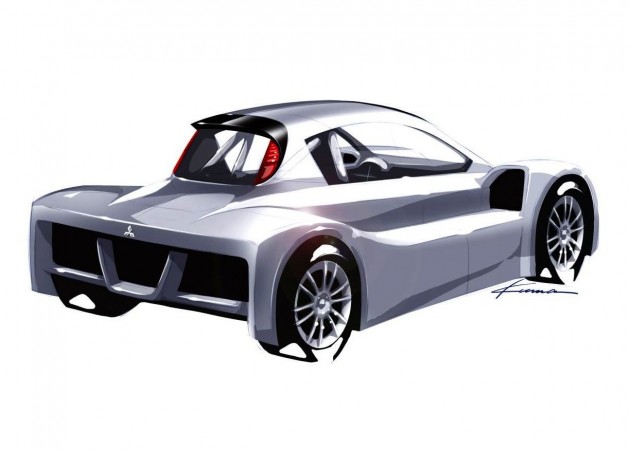