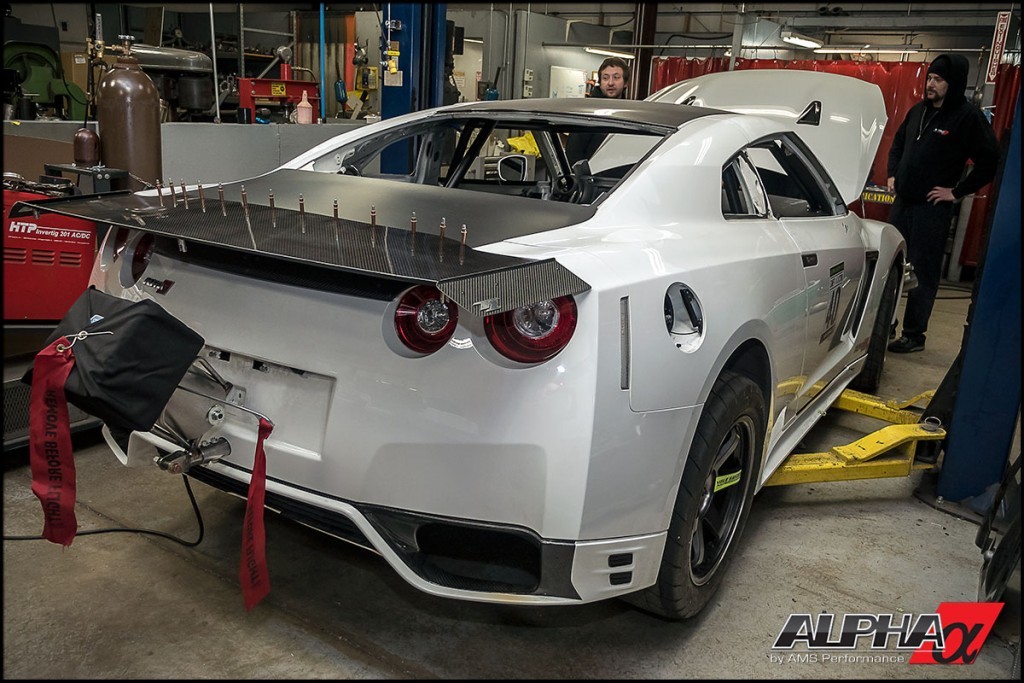 As another day passes, another ridiculously tuned Nissan GT-R breaks a record, hoping to take the crown as the world’s fastest. 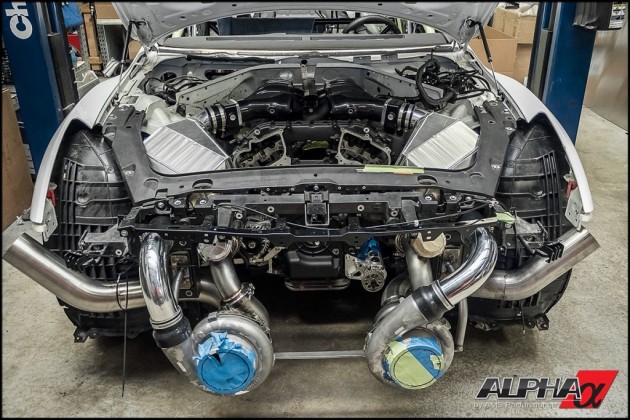 This day is no different, as we present to you the AMS Performance ‘Alpha G’ Nissan GT-R, with a powertrain capable of delivering more than 1860kW (2500hp) at the wheels.

The current top-dog in the highly competitive world of GT-Rs on steroids comes from the team at Ekanoo Racing, who managed to pull together a mind-boggling 7.44sec/320km/h quarter-mile run.

AMS has ever so slightly downsized engine capacity of the aluminum bock from the previous Alpha Omega setup, from 4.0-litres to 3.8, and added two giant Garrett GTX turbochargers.

Gideon “Gidi” Chamdo, the customer requesting this maniacal GT-R, is no stranger to the world of modified racing, having ordered no less than four of AMS’s twin-turbo kits in the past.

Gidi’s Godzilla in question is being prepared for a debut run at the TX2K16 drag race event in Texas, only a month away, where the battle for the ultimate GT-R is set to hit boiling point.