Whenever the BRABUS name is attached to anything, you just know it’s going to be serious. Meet the 2012 BRABUS Bullit Mercedes-Benz C-Class Coupe, featuring a twin-turbo V12 with 800hp. 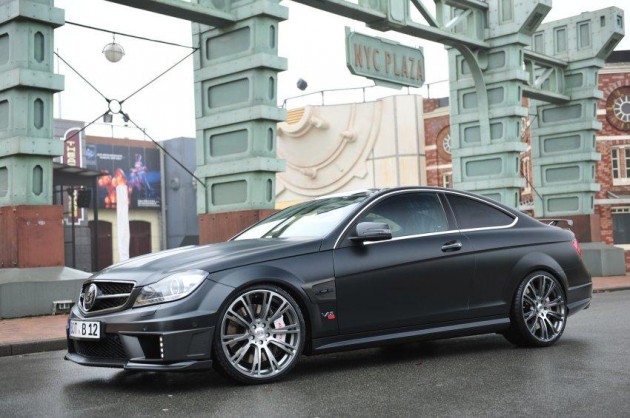 We warned you it’s going to be serious. Based on the Mercedes-Benz C-Class Coupe, the BRABUS Bullit is the German tuning company’s latest rocket ship, set to debut at the 2012 Geneva Motor Show later this week.

We’ll get straight to the good stuff. Under the bonnet, BRABUS rips out the standard Mercedes-Benz engine, and slots in an monstrous 6.3-litre twin-turbo V12. The engine is based on the 5.5-litre V12 seen in the S-Class, only the capacity is stretched and two larger turbochargers are added. Even just looking at the engine, you can tell it’s a pure masterpiece.

The power figures are simply mind-blowing, especially for a C-Class. BRABUS says maximum power is rated at 588kW (800hp) while maximum torque is 1420Nm, but is limited to 1100Nm for drivetrain conservation purposes.

Like all BRABUS vehicles, the interior receives a bespoke makeover, while the exterior features a sinister BRABUS bodykit and large alloy wheels, with various badges and trimming highlights.