Audi has revealed the new 2013 Audi RS 5 Cabriolet. This is the first drop-top in the high performance series of ‘RS 5’ Audi vehicles to ever hit production. 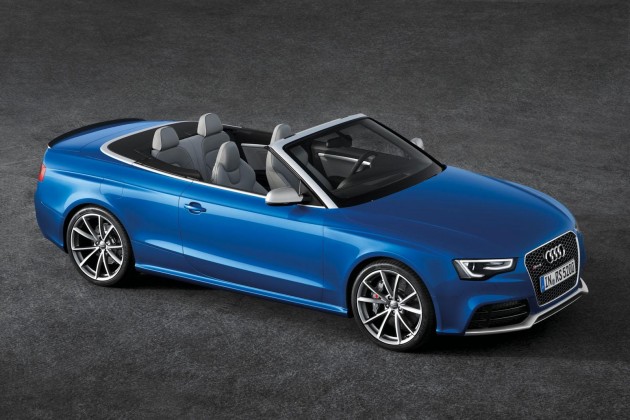 Sporting the same high-revving naturally aspirated 4.2-litre V8 engine at the RS 5 Coupe, the RS 5 Cabriolet produces 331kW of power and 430Nm of torque. It’s able to obliterate 0-100km/h in just 4.9 seconds, partly thanks to the S tronic seven-speed dual-clutch transmission, and also thanks to Audi’s quattro all-wheel drive system.

So what do you get with the new Cabriolet? Firstly, you get an electric folding fabric roof which can be lowered or raised in 15 seconds, at speeds up to 50km/h. You also get a set of 19-inch alloy wheels, a full ‘RS’ sports suspension and chassis setup, and a dashing bodykit with a rear diffuser and a carbon fibre rear spoiler. 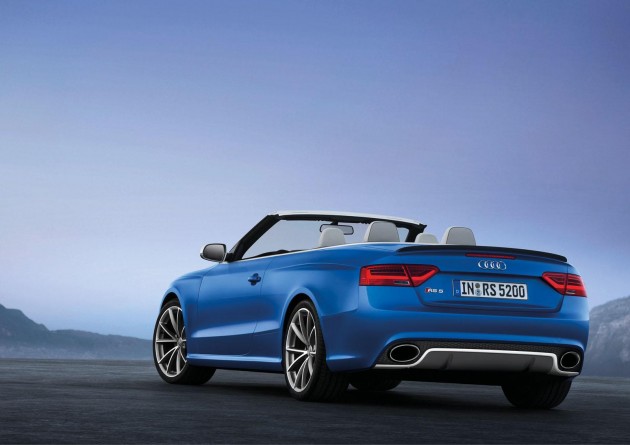 Inside, passengers are treated to a clubsport-style interior with hip-hugging bucket seats covered in leather and Alcantara, a Lamborghini-esque flat-bottom steering wheel, and the usual abundance of luxury features and equipment that you would expect from a top-line Audi. There’s also a wind deflector to reduce air swirl in the cabin when the roof is down.

The 2013 Audi RS 5 Cabriolet will go on sale in Germany early next year. It’s expected to hit Australian showrooms later that year.