Up until now, the Peugeot 508 GT, with the high-output HDi turbo-diesel engine, has only been available in sedan format. Welcome to the 2012 Peugeot 508 GT Touring. 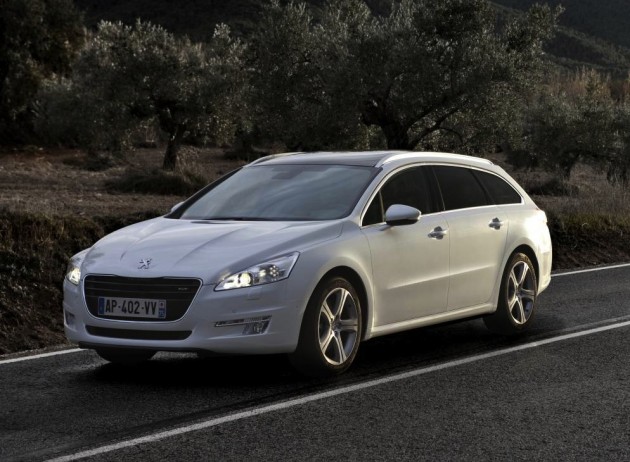 Featuring the same GT character, with various sporty highlights and up-market details, the Peugeot 508 GT Touring comes with the 2.2-litre turbo-diesel HDi four-cylinder engine. It produces 150kW of power and 450Nm of torque, and is capable of sprinting from 0-100km/h in 8.4 seconds (8.2 seconds in the sedan).

Like the sedan, the GT Touring comes with the GT-exclusive double wishbone front suspension instead of the Macpherson struts used on all other 508 variants.

All options are consistent with the 508 GT sedan options, only the Touring is available with an optional $1000 electric tailgate.

Prices for the 2012 Peugeot 508 range is as follows (excluding on-road costs):