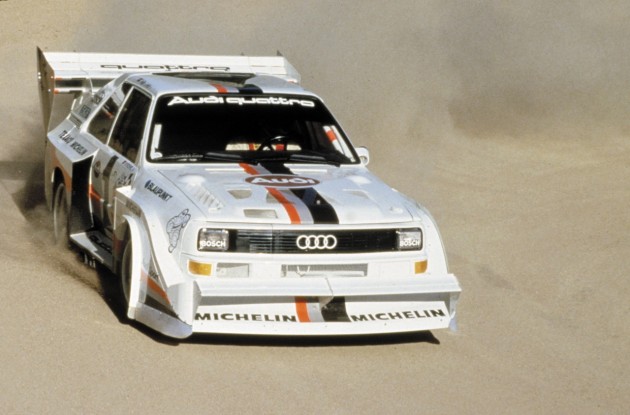 The German won’t be racing the epic turbocharged five-cylinder rally icon, instead, he will be taking part in an exhibition drive up the famous climb. It will be great to see the two sprinting up the mountain, whether competing or not.

In 1987, Rohrl, during a time when he was racing in Group B Rally, took an Audi Quattro S1 to the peak in a record-breaking 10:47.85. This was back in the day when the Pikes Peak Hill Climb run was completely dirt.

The Audi S1 uses a 2.1-litre five-cylinder turbocharged engine producing around 373kW, however, in later tunes it was known to produce around 450kW. All that power screaming up the mountain at 8000rpm, with the wastegate chirping, was enough to leave grown men drooling.

The 2012 Pike Peaks International Hill Climb will take place on Sunday July 8. The current record-holder is Nobuhiro ‘Monster’ Tajima who broke the record last year with a time of 9:51.278, driving a heavily modified Suzuki Sport SX4.

Click play on the video below for a nice little overview of Walter Rohrl’s run back in the day. There is some German talking at the beginning, with the action starting at around 25 seconds.