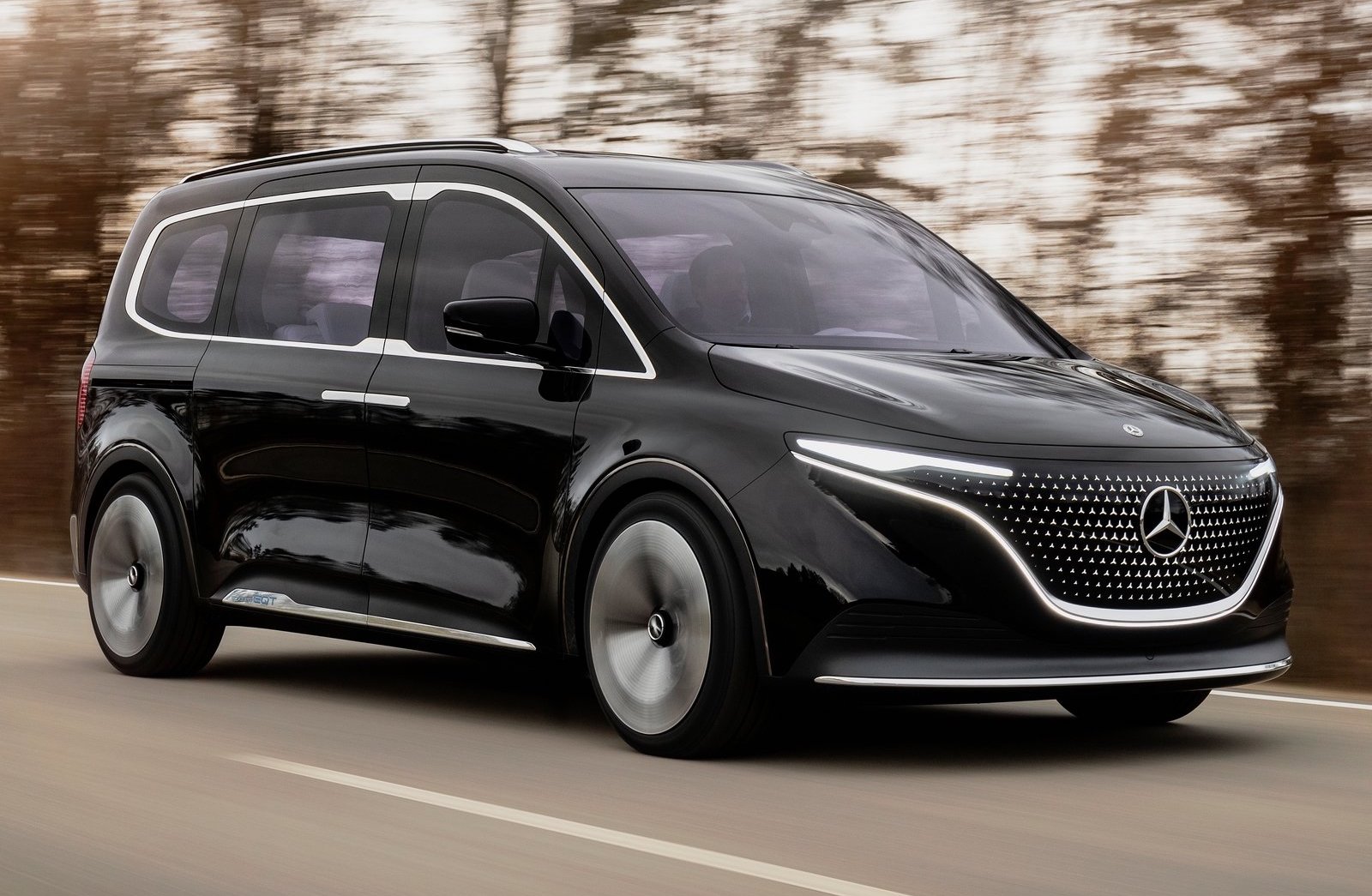 Mercedes-Benz has taken the wraps off the latest addition to its EQ lineup, in the form of a seven-seat people mover called the EQT. A combustion-engine version is set to follow in the near future, called T-Class. 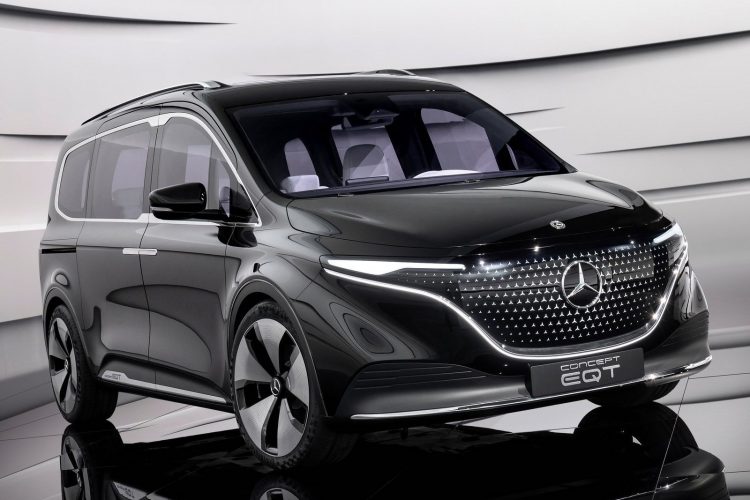 With the debut of the Concept EQT, Mercedes has now expanded its electric lineup to a total of nine vehicles, following the EQC, EQA, and EQB. These will soon be joined by the EQE E-Class-style of sedan and SUV, and the EQS as an electric alternative to the S-Class and GLS.

The EQT has been built on Renault’s CMF-B chassis architecture which is compatible with the necessary batteries and electric motors for the EV variant, as well as internal combustion engines. Overall, the concept EQT comes in at 4945mm long, 1863mm wide and 1826mm high. 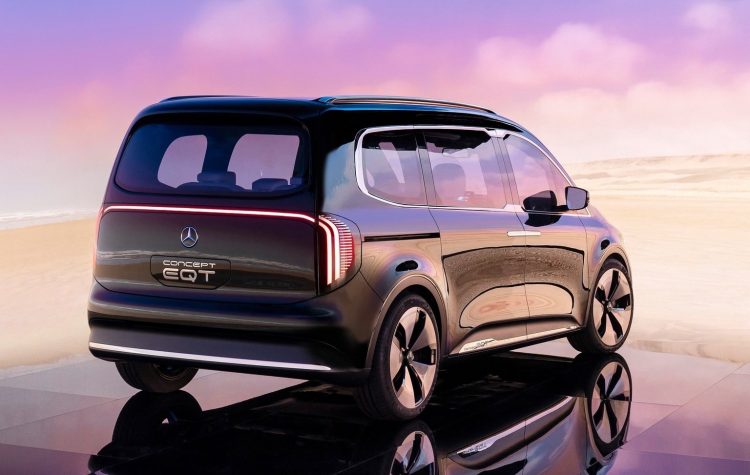 In terms of the styling, the LED headlights are surrounded by a futuristic three-dimensional grille, while its stature remains quite beefy riding on 21-inch wheels wrapped in 235/45 low-profile rubber. On the sides there are a set of electric sliding doors, however, this is set to be a manual sliding door on cheaper production variants.

Inside, there’s a huge panoramic sunroof, as well as exotic white leather upholstery and relatively utilitarian styling for the centre console and dash which house a compact multimedia system. 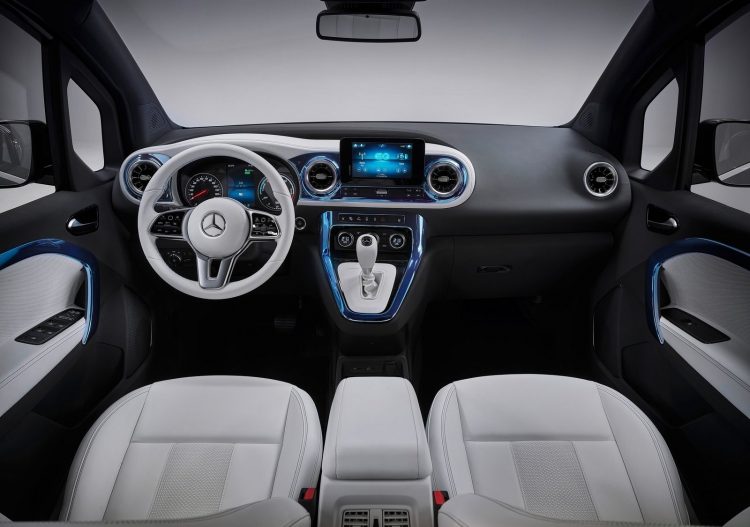 That system is set to receive Mercedes’s latest MBUX infotainment system with a voice assistant aided by artificial intelligence, and a connected EQ app that informs the driver of energy consumption figures. Marcus Breitschwerdt, head of Mercedes-Benz Vans, said:

“We are expanding our portfolio with the T-Class. It will appeal to families and private customers who enjoy leisure activities and need a lot of space and maximum variability. As the Concept EQT shows: we will also be offering a fully electric model in this segment in the future.”

In terms of powertrain details we’ve got nothing to report on as yet. Mercedes says that more details will become available closer to the T-Class’s official launch, but has confirmed that buyers will have the option of either a seven-seat or five-seat configuration, the latter of which receiving a significantly larger boot. A long wheelbase variant will also be made available.

The T-Class will hit the market in 2022 alongside the existing Mercedes Citan in the van segment, which is a smaller commercially-focussed offering, with the fully-electric EQT set to hit showrooms some time in 2023.