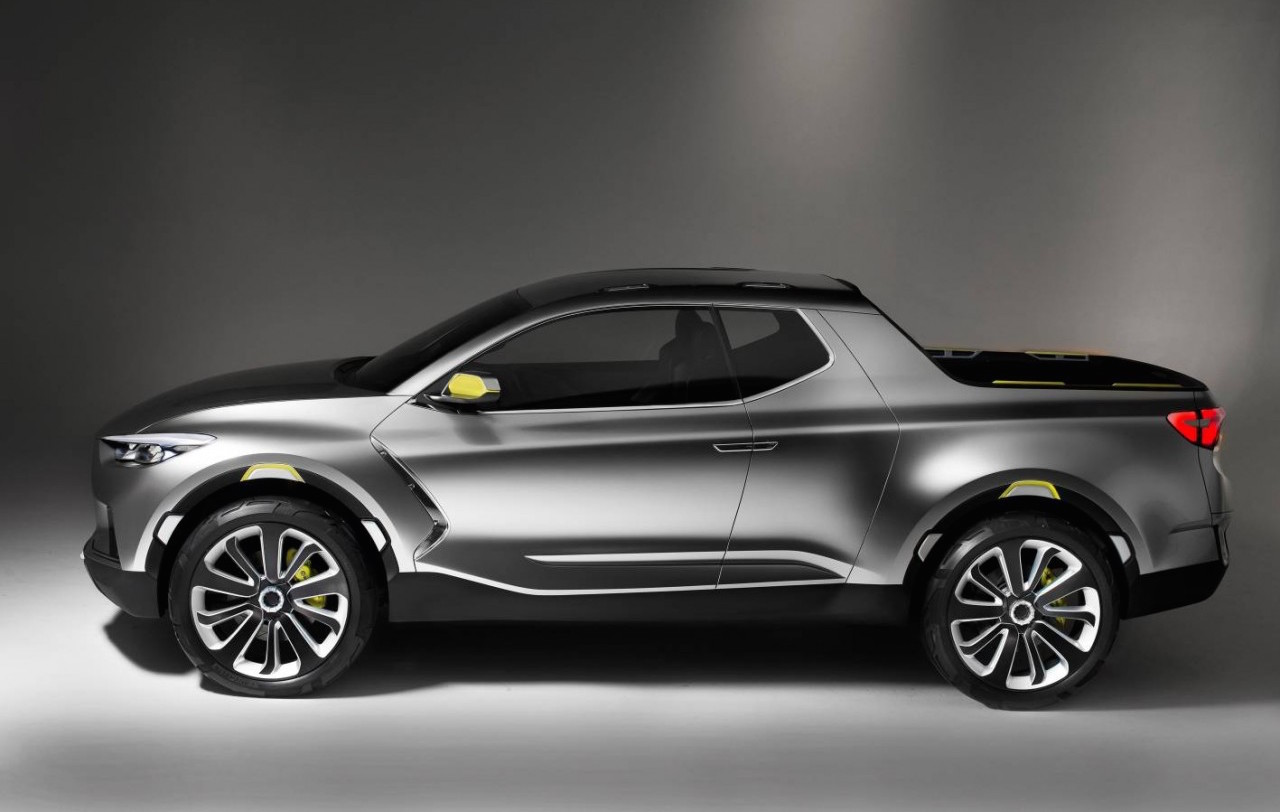 Hyundai’s American CEO Dave Zuchowski has confirmed to Motor Trend that the Santa Cruz shown at the 2015 Detroit Motor Show has been green-lit for production in the USA. 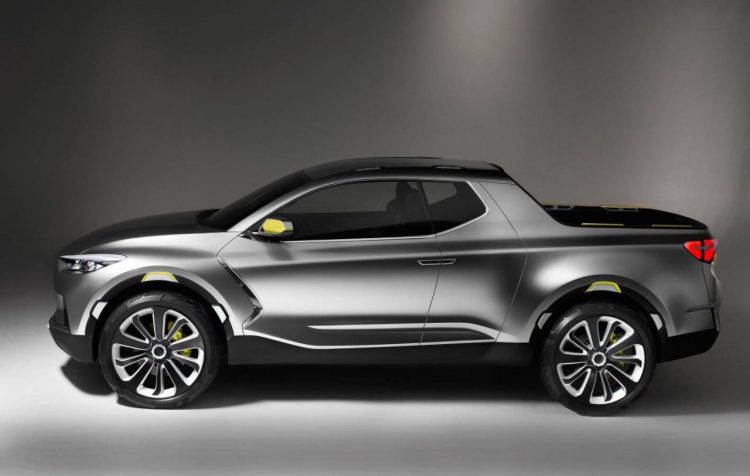 Tipped to go into production in the latter half of 2018, and enter as 2019 model year, the Santa Cruz is set to be based on the Tucson, like the concept, featuring a bed integrated with the body, like the South American Fiat Toro.

The report says an official announcement should be made at either the Detroit or New York motor shows early next year. A potential engine could be a diesel powerplant being developed for European Genesis variants.

The car will apparently be built at Hyundai’s Montgomery, Alabama plant, which makes the Santa Fe, Sonata and Elantra. Expected volume is 50,000 to 70,000 units per annum.

An Aussie passport is unlikely unless the car is made in right-hand drive. Speaking with PerformanceDrive at the Tucson launch last year, Hyundai’s Australian arm said it would put its hand up for the ute if it were offered with the steering wheel on the right.

Hyundai Australia has also said it would like an entrant into the HiLux, Ranger, Amarok segment, with a separate chassis rather than the Santa Cruz’s unibody construction. Studies are still underway for a proper entrant into this segment though.