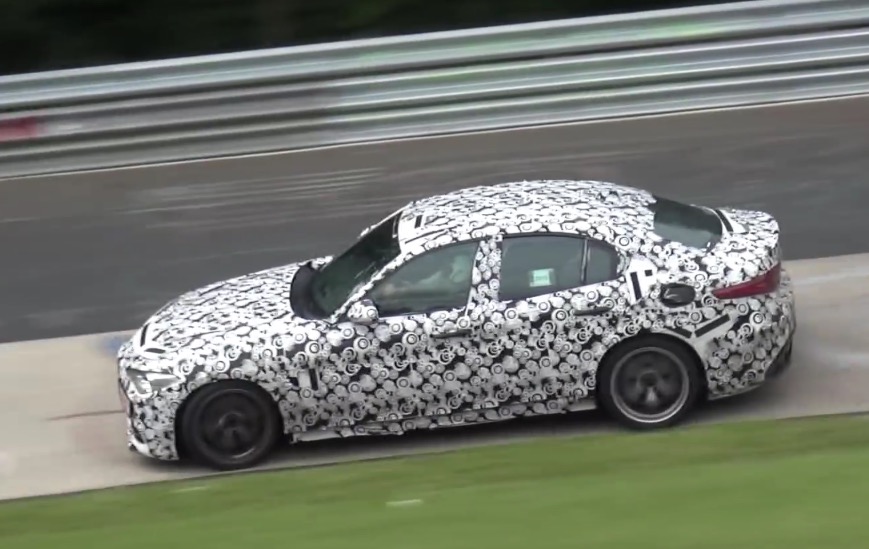 Remember how we saw an Alfa Romeo Giulia QV prototype being punished around the Nurburgring earlier this week? It seems it might have just set a cracking lap time of 7:43. 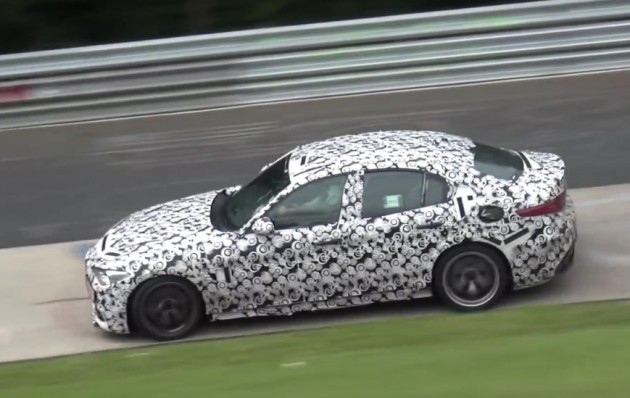 According to Italian publication BlogDiMotori, rumours say engineers have managed to post a time of 7:43 in the new beast. This would make it quicker than the current BMW M4 (7:52) and quicker than the 2009 Mercedes-Benz C 63 AMG 6.2 V8 (8:13).

If the rumoured lap time is true, it won’t just be the quickest sedan in its class, it’ll also take down some more dedicated sports cars like the 2009 Audi R8 V10 (7:44) and the Lamborghini Murcielago LP640 (7:47). It will certainly give Alfa the credit it deserves, bringing back some of its rich motosport heritage.

In our opinion the time does seem legitimate as the QV version comes with a 2.9-litre twin-turbo Ferrari-derived V6 producing 375kW. With this level of power, it matches the Mercedes-AMG C 63 AMG S as the most powerful sports sedan in the class.

Final specs, including torque output and kerb weight, are yet to be revealed. However, purely by the fact that it will be the newest, most modern sports sedan in the class, it will probably be one of the lightest weight too. We’ll have to wait until official confirmation to know for sure.