Ferrari has released official images of the upcoming 2011 Ferrari 458 Spider ahead of its Frankfurt Motor Show debut, set for September 13. 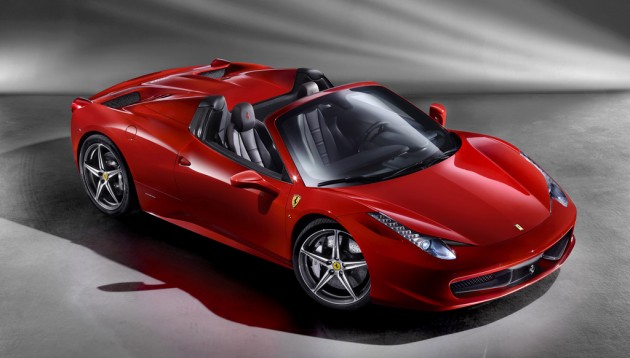 The Ferrari 458 Spider features a new retractable hard-top roof – a world first for a mid-engined car.

The clever design, also similar to the Ferrari California’s design, doesn’t seem to intrude on cabin space all that much compared with the regular Ferrari 458 Italia coupe version. 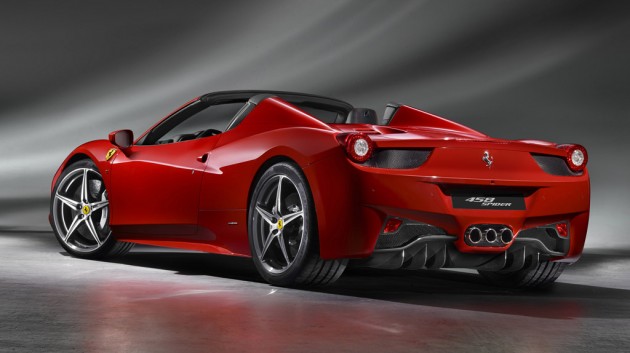 The new roof is made from aluminium, and takes just 14 seconds to switch between closed and open top modes.

Suspension damping and engine mapping were tweaked with to ensure the retractable top doesn’t hinder the Ferrari 458’s agility.

The roof was designed so that it would sit comfortably in front of the engine without imposing negatively on the Ferrari 458’s performance or aerodynamics attributes. 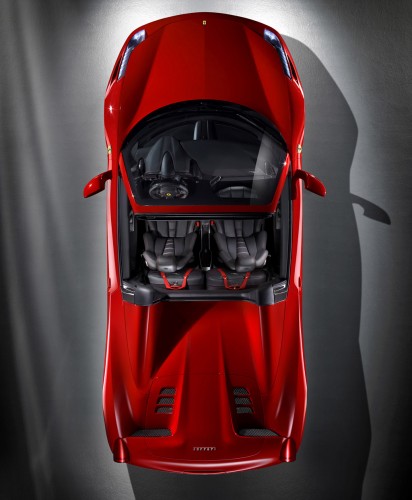 Air flow is optimised on the Ferrari 458 Spider thanks to ingeniously-designed cooling ducts in the rear, feeding air to the oil cooler, radiators, and to the gearbox.

It is also said that the inclusion of an adjustable wind deflector has made it possible to travel at over 200km/h with the roof down while having a conversation with a passenger.

There’s also room behind the seats for a small amount of luggage – retaining cabin space has obviously been high on Ferrari’s agenda for the Ferrari 458 Spider. 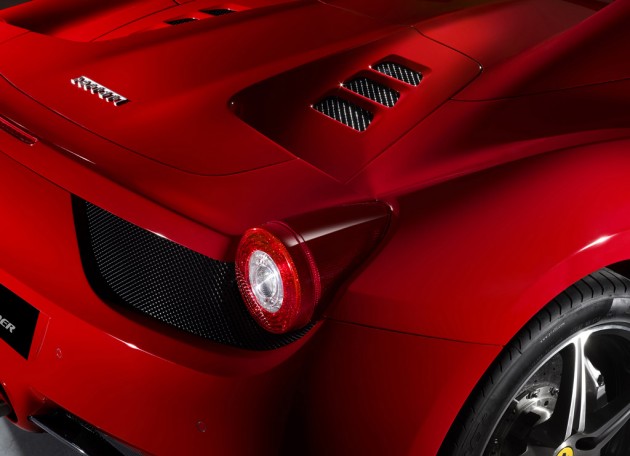 The Ferrari 458 Spider is fitted up with Ferrari’s 419kW 4.5-litre V8, and also uses the same seven-speed dual-clutch transmission to send the power through to the rear wheels.

Ferrari will officially unveil and debut the Ferrari 458 Spider at the 2011 IAA Frankfurt Motor Show on September 13, with pricing set to be released shortly after.

As soon as there are more details, we’ll be sure to let you know. Stay tuned.