The 2012 BMW M5 is actually quicker than the company makes out, according to Car and Driver in the US. The magazine has just run some real-world acceleration times and it turns out the most powerful 5 Series is also the quickest accelerating rear-wheel drive production sedan. 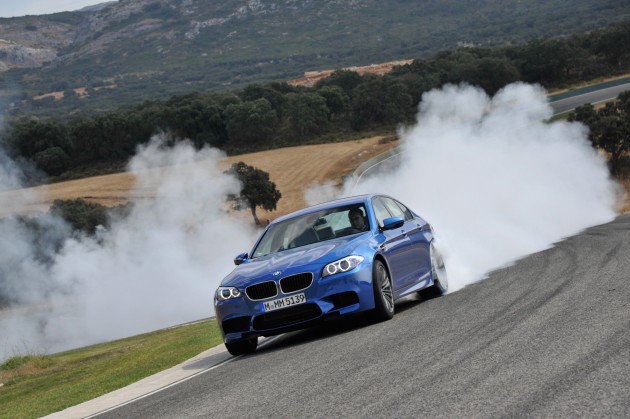 This makes it quicker than the next-best muscle sedans; the Mercedes-Benz E 63 AMG BITURBO, which does it in 3.8 seconds (with Performance Pack – 5.5-litre twin-turbo V8, 410kW/800Nm) also tested by Car and Driver; and the Cadillac CTS-V, which manages it in 4.3 seconds.

Perhaps the most remarkable figures of the testing is the 2012 BMW M5’s quarter mile time of just 12.0 seconds at 196km/h (122mph) – a fast speed for the time (normally around 115mph), indicating some serious grunt only held back by launch and weight (1945kg).

For comparison’s sake, the Cadillac CTS-V sedan uses a 6.2-litre supercharged V8 developing 415kW of power and a whopping 747Nm in a vehicle weighing 1930kg. It does the quarter mile in 12.4 seconds at 115mph. BMW is doing okay at getting the power down, it seems the weight is the major hindrance.