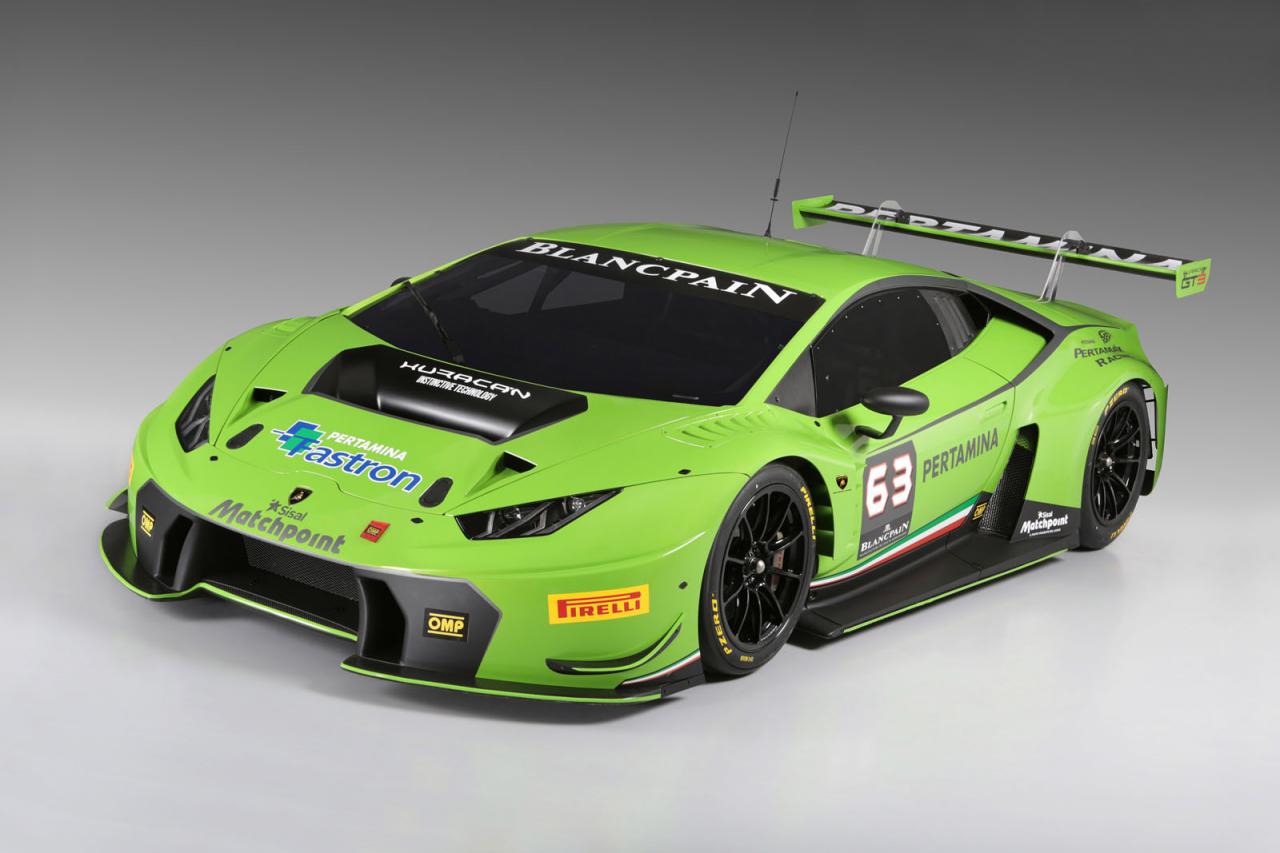 After a teaser late last year, Lamborghini has pulled the wraps off its new GT3 racer. Meet the Huracan GT3 motorsport monster. 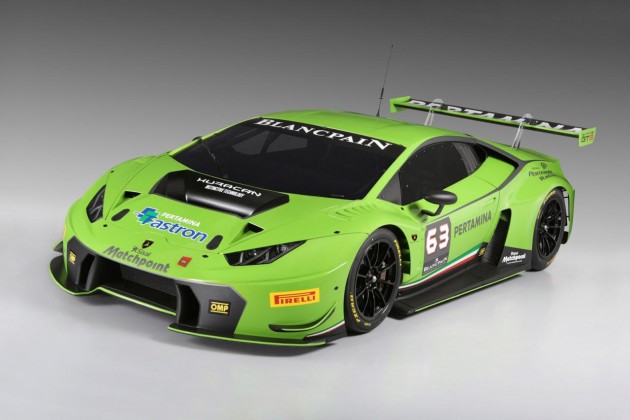 The Italian company revealed the track weapon to the public at its company headquarters in Sant’Agata, in norther Italy. While it is based on the new V10 road-going supercar, there has been extensive modifications to make this beast ready for competition.

Chief among the modifications is perhaps the body. Almost every panel and spoiler is swapped for much more serious items that help to increase downforce and cornering grip, as well as high-speed stability.

At the back is a huge, adjustable wing made from composite materials, along with an adjustable diffuser at the front with special louvres. There’s also ground-hugging side skirts, lots of fins and intakes, and underbody ducting for the brakes. All of the aero parts have been developed in collaboration with Dallara Engineering.

Underneath the body is an Alu-Carbon chassis with a fully integrated roll cage system made to FIA standards. The sub-frame has been modified as well, with a performance radiator at the front and relocated gearbox. All in all, the racer tips the scales at 1239kg, with a 42:58 front to rear weight distribution.

Starting this year, the Huracan GT3 will compete in the Blancpain Endurance Series. The championship takes place on five circuits around Europe, including the famous Spa 24 hours. Stephan Winkelmann, president and CEO of Automobili Lamborghini, spoke at the unveiling, saying,

“With the Huracan GT3, Lamborghini Squadra Corse takes a further step forward in the development and production of a race car for this category, which is among the most prestigious and challenging in international motorsport. Lamborghini is thus for the first time directly involved in GT motorsport activities with the in-house development of this new model.”

Mechanical highlights include a revised 5.2-litre V10 engine matched up to a racing six-speed sequential transmission which uses a three-disc clutch system. Meanwhile, braking is provided by a set of 380mm front and 355mm rear steel disc brakes, with six- and four-piston calipers, all in accordance to FIA rules.