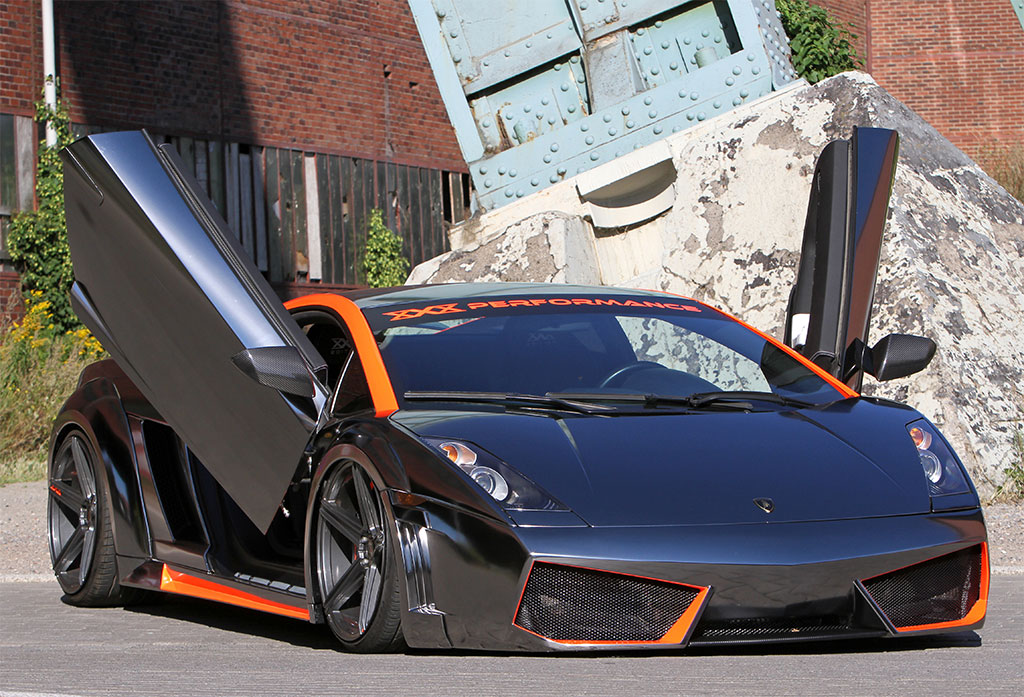 xXx-Performance in Germany has finished building an usual yet very high performance Lamborghini Gallardo. Aside from the obvious orange and chrome colour scheme, this creation attracts attention for more than one reason. 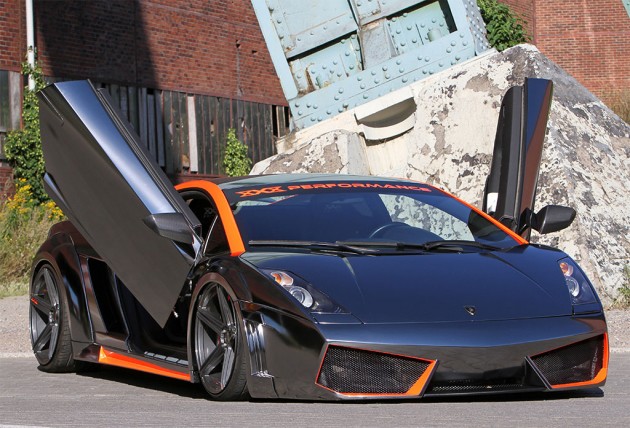 Air suspension on a Gallardo might be a little bit out of the ordinary, even so, it’s hard to maintain a slammed stance so extreme if you plan on actually driving the car. With the G-ride air suspension the body can be lowered and raised at the touch of a button. 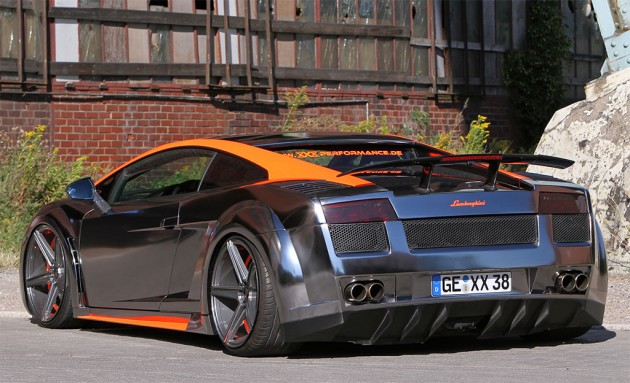 To top it all off there’s a bodykit borrowed from the Gallardo Superleggera, a black chrome wrap with orange highlights, and a set of 20-inch mcDesign KV1 Deep Concave alloy wheels.

If you’re wanting to stand out and have presence at the local car park, this is one surefire way to do it.