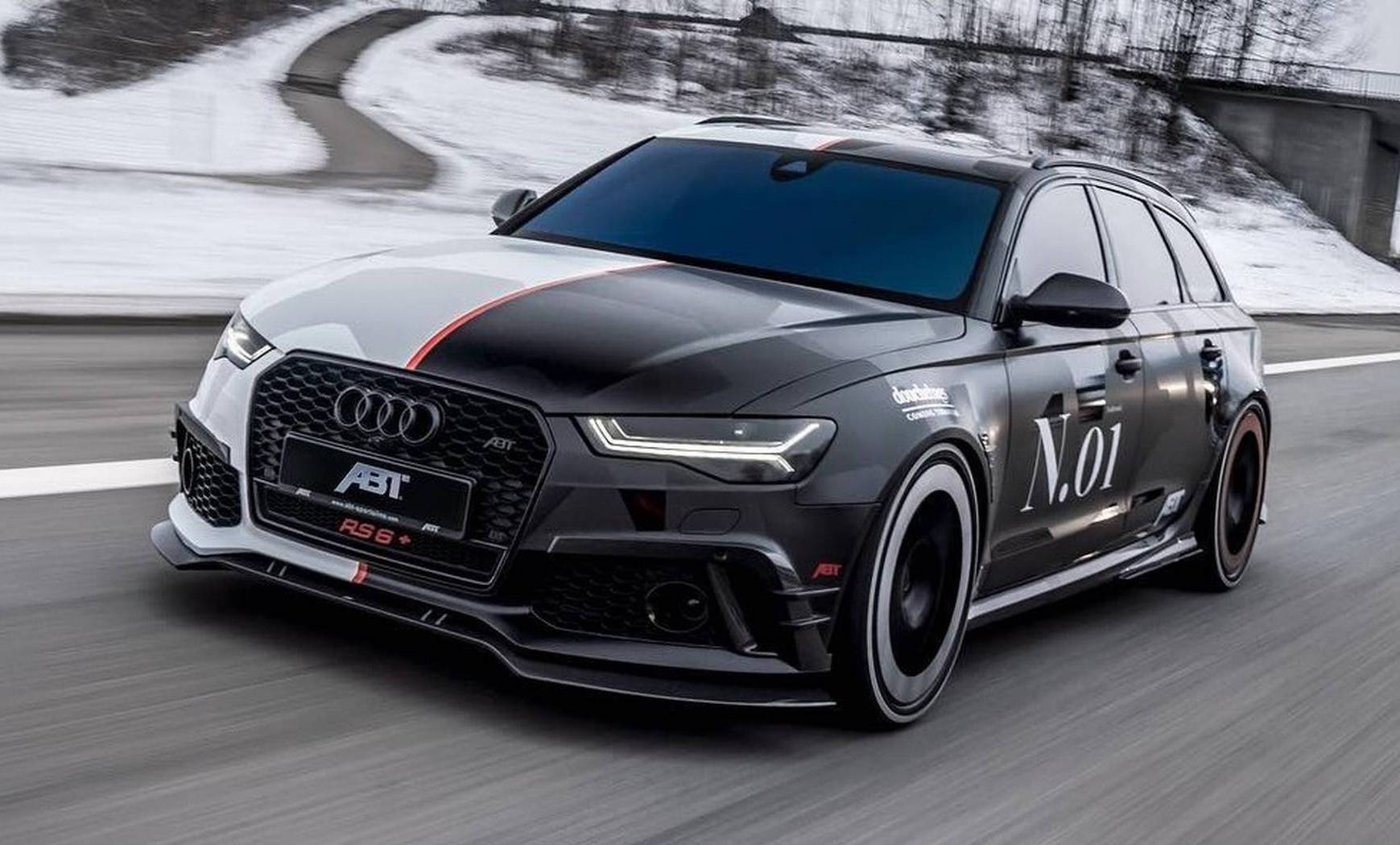 ABT and avid Audi enthusiast and alpine ski racer Jon Olsson have teamed up to produce quite a special Audi RS 6 Avant project car called Phoenix, resulting in a grand touring wagon with more power than a Lamborghini Aventador. 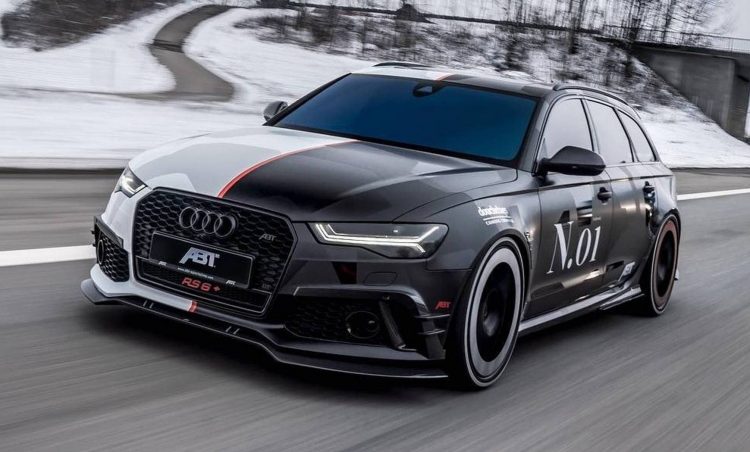 The unique styling is the work of the ABT Individual team. It starts with a cool, army style body wrap in black and matte black on one side, and white and light grey on the other side. From there there’s a range of aero parts from ABT, such as a carbon fibre front spoiler, side mirror caps, side skirts, and rear diffuser and rear spoiler.

Other detailed touches include darkened headlight covers for that sinister look, tinted windows, and some very unusual prototype ABT aero wheels which were specially designed for Olsson. The wheels are based on matte black ABT FR wheels.

Being based on the RS 6 Performance, the engine is already one of most powerful in the class. It’s a 4.0-litre twin-turbo V8 that produces 445kW and 700Nm. Thanks to the application of the ABT Power R kit, these figures are taken to a mind-blowing 541kW and 920Nm. 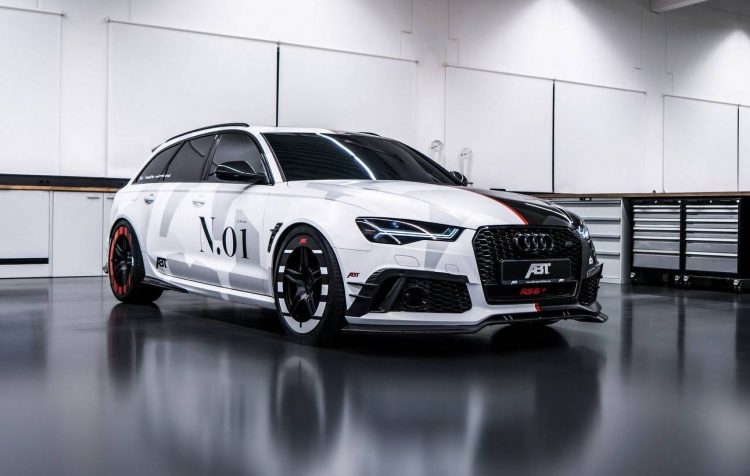 Performance numbers such as for the 0-100km/h sprint haven’t been mentioned, but we’re assuming it’s a fair whack quicker than the factory 3.7-second time. And to make sure it’s heard before it’s seen a bespoke sports exhaust exhaust system was developed to produce an “unrivalled sound”. Speaking about the project, Hans-Jürgen Abt, CEO at ABT, said:

“The project with Jon Olsson was a great challenge for our ABT Individual team. It once again proved that we can satisfy even the most discerning customer requirements.”

The package certainly stands out and gives the RS 6 Avant an unmissable character. What do you think of it? Do you like the outside-the-box cosmetic theme?