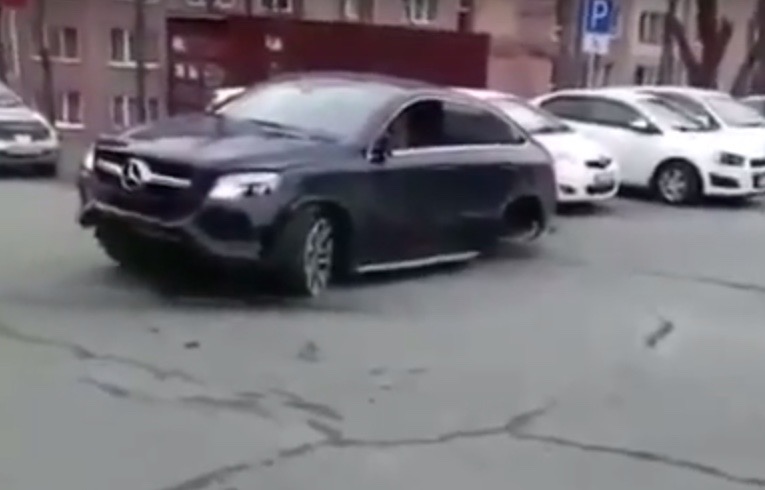 In Russia, a possibly-intoxicated woman has driven her Mercedes-Benz GLE Coupe into 11 cars, after getting inside and driving, allegedly following a round partying at a club. 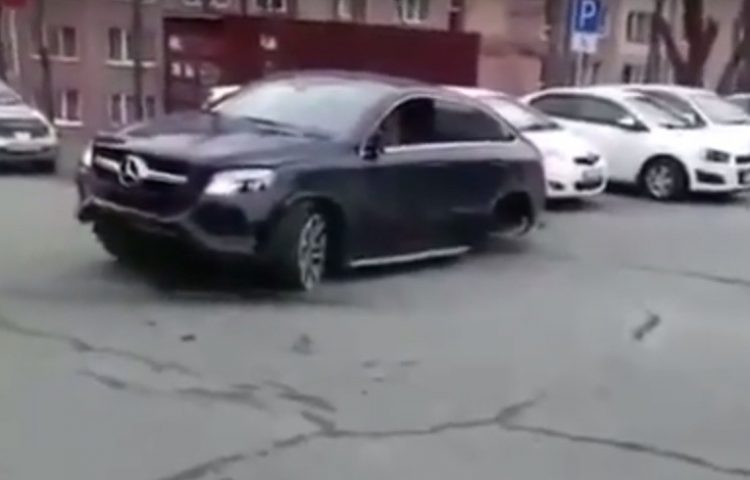 The incident happened in Vladivostok and was filmed by a bystander with a camera phone. It looks like a scene from Grand Theft Auto V. The GLE can be seen missing the rim from its front wheel, a bumper bar and its entire rear wheel, which was found up the road, in a pothole.

The woman sits in the car and revs in futility, trying to get away from the filming but a car without wheels is never in a hurry to get anywhere.

He follows the path of carnage up the road, which is scattered with debris and 11 damaged cars. HiLuxes, Picantos and Corollas are just some of the victims of this crazy incident. Have a look for yourself in the video below.