There’s the redback spider, the red-bellied black snake, and now this, the red-tipped McChip Mercedes-Benz SLS AMG. As the name suggests, the SLS’s engine computer can be modified to boost its venom supply to lethal quantities. 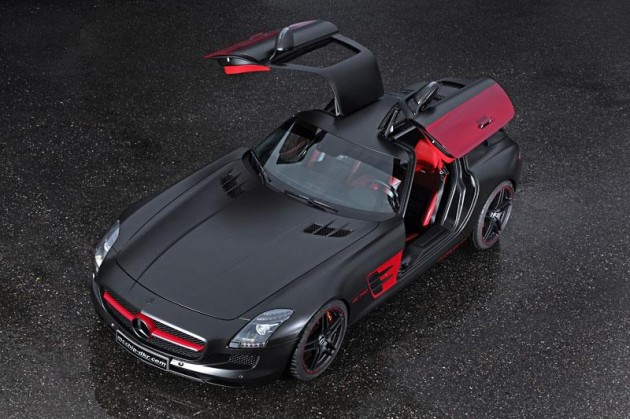 Under the bonnet, the 6.2-litre naturally aspirated V8 is made more energetic thanks to McChip engine computer revisions and a custom a high-flow exhaust system. These mods take power and torque from the standard 420kW and 650Nm rating, to a whopping 519kW and 793Nm.

Performance figures haven’t been mentioned, but given the fact the standard SLS AMG can scoot from 0-100km/h in just 3.8 seconds, the McChip version is likely to dip down into the low 3.0-seconds range. 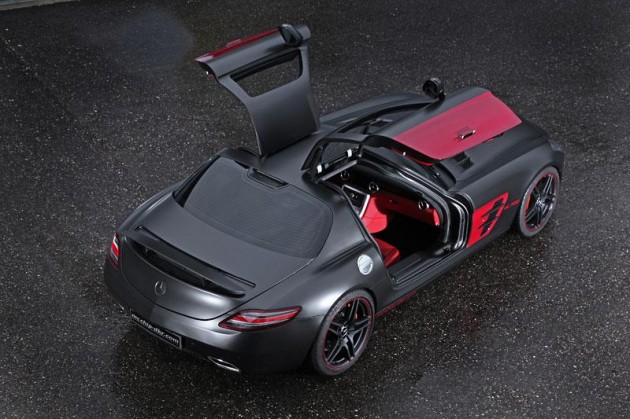 Other highlights include of course the black and red exterior colours. The tips of the gullwing doors, the centre tier of the front grille, and parts of interior are given a distinct and venomous red, contrasting the matte black featured on the rest of the car. The colour scheme is provided by CoverEFX, and is available from 5999 euros (approximately AU$7578).

The suspension and chassis are also upgraded thanks to a KW hydraulically-controlled DDC or HLS 4-sports chassis setup. The kit lowers the SLS and helps it to handle even better in the corners.

Overall, the complete kit looks very lethal and aggressive. The only problem now is, buying the SLS AMG in the first place. In Australia, the gullwing coupe kicks off at a cool $468,320. The sexy drop-top SLS Roadster is available from $487,000.