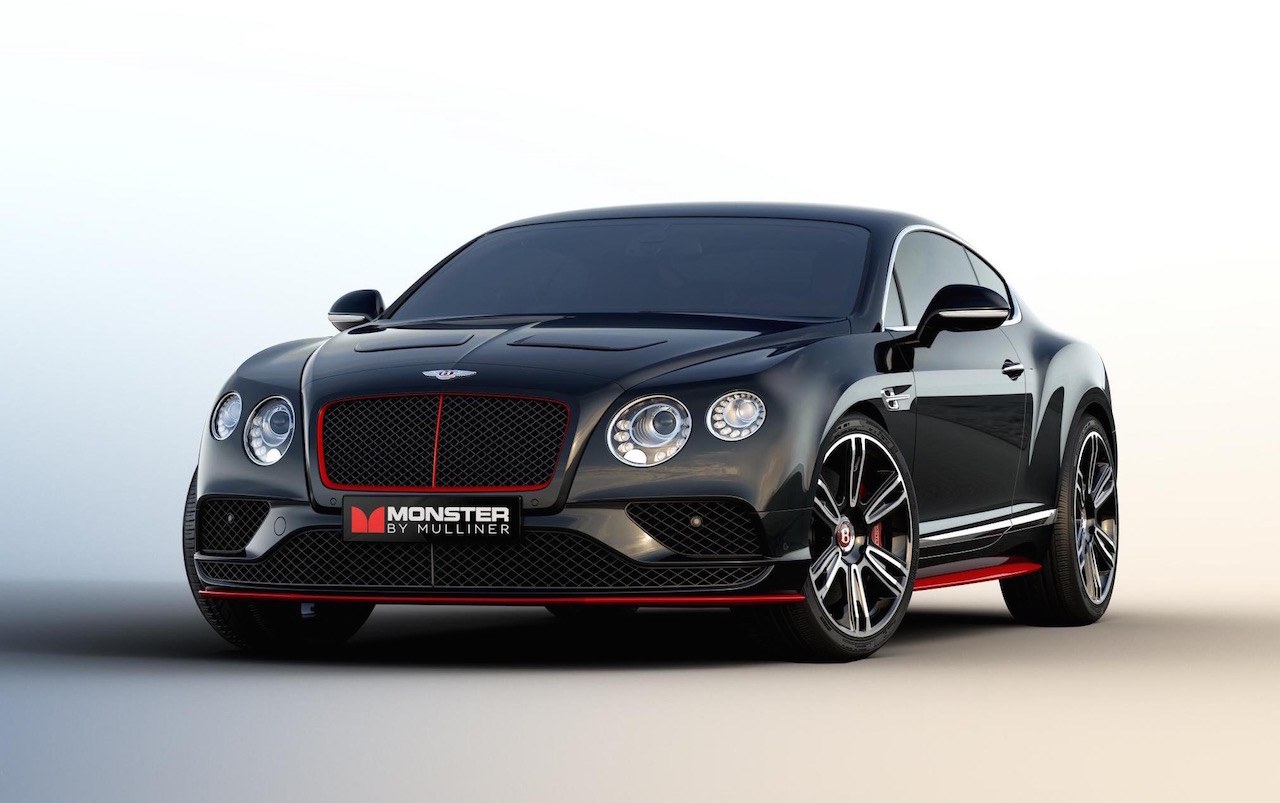 A unique boombox-on-wheels Bentley has been revealed at the CES event in Las Vegas, called the Bentley Continental GT Monster by Mulliner. 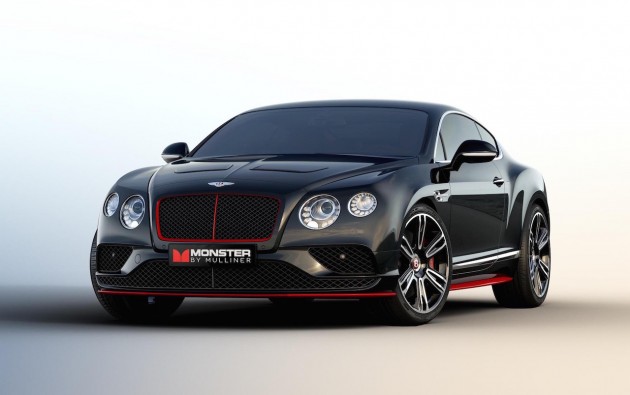 Rather typically, Bentley says the edition was designed to appeal to young professionals and prominent sports and music figures. It promises “incredible audio performance”.

Inside has been completely decked out in Monster audio, with 16 speakers finding their way into various nooks and crannies, all of which have been tuned by Monster CEO Noel Lee. It delivers a whopping 3400 Watts of Pure Monster Sound.

To make sure the exterior keeps up with the quality and presence of the interior, Bentley has painted the panels in a stunning Onyx colour scheme with Hotspur highlights. Red brake calipers provide a sinister race appeal, hiding behind gloss black polished alloy wheels.

Bentley will be producing a very limited number of these Monster editions for sale on the public market. Prices and build numbers haven’t been mentioned. As a bonus, buyers get a set of Monster 24K gold wireless headphones.