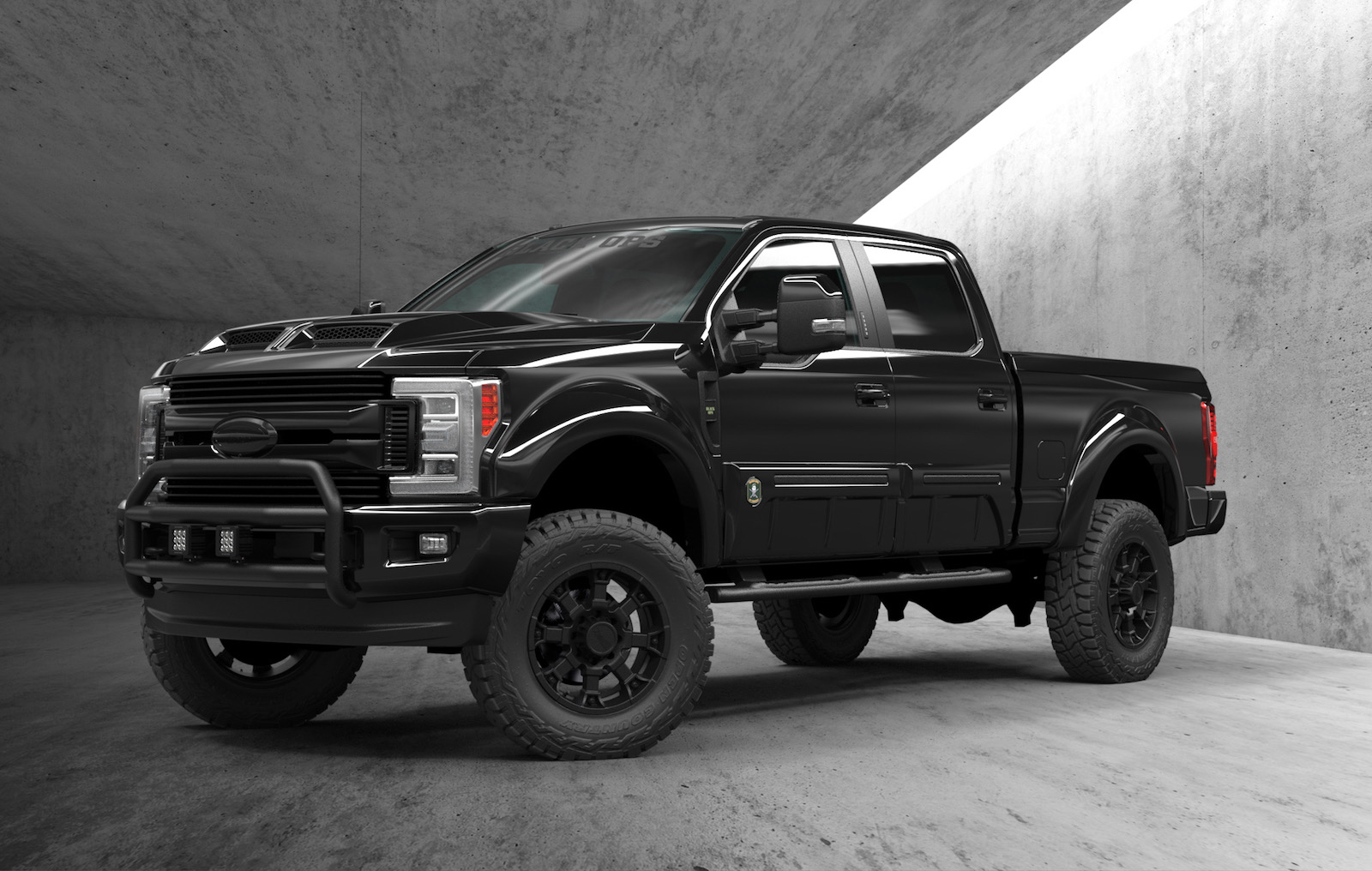 Performax International will debut the ultimate American truck in Brisbane this week, in the form of the new Ford F-250 Tuscany Black Ops edition. It comes in as the flagship in Performax’s latest Tuscany-enhanced range. 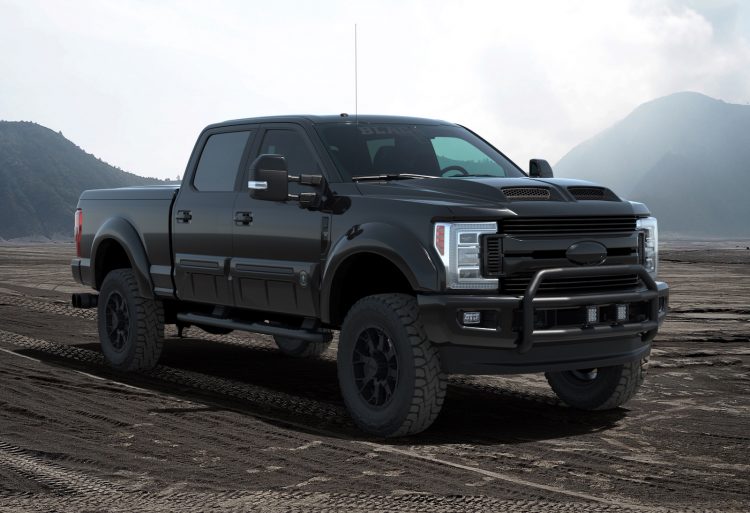 This thing is a beast. As you can probably see. It features a number of enhancements courtesy of Tuscany, such as 20-inch Stealth Black Ops wheels wearing 37-inch tyres, heavy-duty Tuscany shocks with black boots, dual steering stabilisers, and exclusive badges and a jet black paintjob.

Based on the Ford F-250, the special edition also comes with a number of tasty accessories, including a Black Ops powder-coated bull bar with integrated LED lights, black wheel arch extensions, unique Black Ops seats with the American flag on the headrests, and bespoke floor mats. 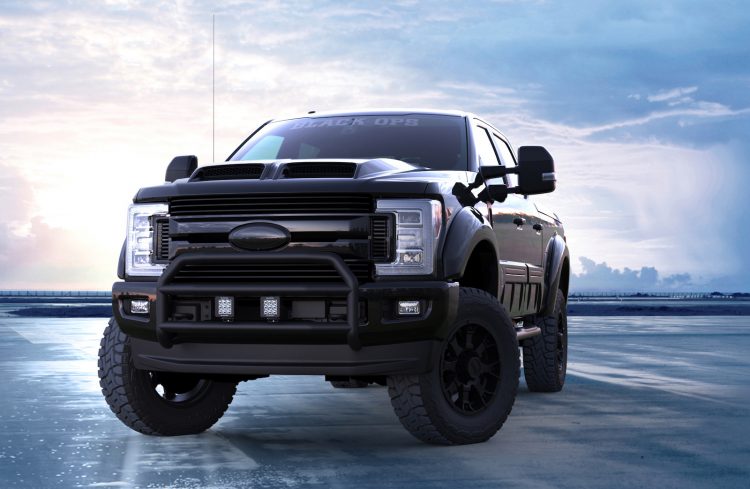 Under the bonnet is the mammoth 6.7-litre turbo-diesel V8 from the regular F-250. It produces a mighty 335kW of power and an unstoppable 1268Nm of torque, sent through a six-speed automatic. This latter figure helps support a five-tonne towing capacity, and will no doubt help when the conditions get tough.

Performax also offers similar Tuscany Black Ops packages for the slightly smaller F-150, as well as offering the F-150 FTX and GMC Concept One. The F-250 comes with a three-year/100,000km warranty for peace of mind.

Interested punters will be able to get up close and personal with the F-250 Black Ops at the National 4×4 & Outdoor Expo at Brisbane RNA Showrooms, running from March 16-18.