The new Jaguar XF Sportbrake wagon has been unveiled prior to its Geneva show debut next week. This is the first time the full design and styling of the rear has been revealed, after a number of leaks and spy shots earlier this year. 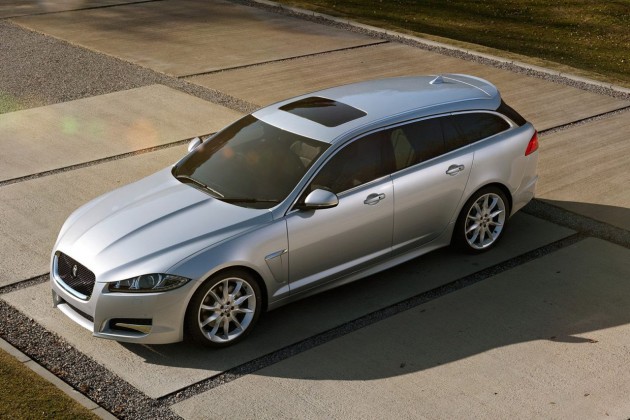 Looking like a rather large and handsome brute, the Jaguar XF Sportbrake is actually the same size as the XF sedan, only 5mm longer. It measures 2909mm for the wheelbase, the same as the sedan, and 1877mm for the width, also the same.

Where size is changed though is in the back. There’s a large cargo area offering 550 litres of space, or 1675 litres with the rear seats folded down. There’s also 48mm more headroom in the rear, thanks to the raised roofline compared with the sedan.

The Sportbrake will initially come with Jaguar’s powerful yet fuel-efficient diesel engines. These include the new 2.2-litre turbo-diesel four-cylinder, producing 140kW and 450Nm, and the gutsy 3.0-litre twin-turbo diesel V6, which produces 202kW and 600Nm. 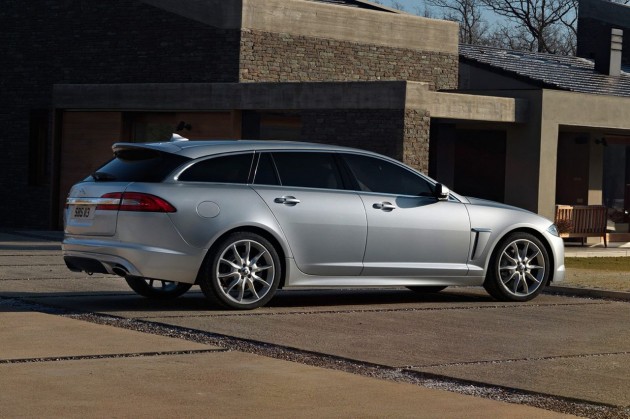 There are plans for a high performance XFR Sportbrake rocket ship to enter the market further down the track. It’s expected to come with the 5.0-litre supercharged V8 producing 375kW; enough to take on rivals such as the Mercedes-Benz E 63 AMG wagon.

Speaking of performance, the Jaguar XF Sportbrake receives self-leveling pneumatic rear suspension, which, according to the company, helps the XF retain its handling and chassis dynamics even when the cargo area is full. Mike Cross, Jaguar’s chief engineer, recently said,

“The XF Sportbrake matches the saloon in both aerodynamics and torsional stiffness. The use of air suspension has allowed us to create a car that captures the unique Jaguar combination of refinement and outstanding dynamic abilities regardless of its load.”

The Jaguar XF Sportbrake is set to go on sale internationally later this year.

Nariné Salmasi, marketing and public affairs specialist for Jaguar Australia, told PerformanceDrive that the car is under review for the Australian market, and said that the local arm is looking at the business case and establishing a potential pricing structure. If it were to make its way here, we could expect it during the fourth quarter of this year.