After a very successful first-ever entrance in the World Rally Championship this year, Volkswagen has announced it will be introducing a third vehicle into the season at this weekend’s Rally of Portugal. 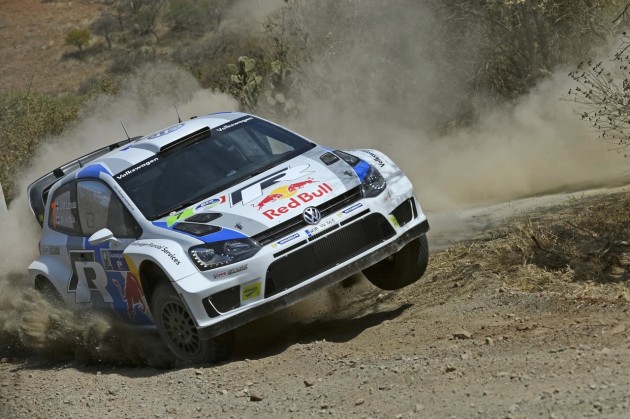 Since its debut FIA WRC event at the Rally Monte Carlo in January, the new Volkswagen Polo R WRC rally car has been blitzing the field.

The, up until now, two-car lineup claimed second place in its debut event at Monte Carlo, then claimed its first ever WRC win in its second-ever outting in Sweden, followed by another win at the Rally of Mexico in March. What can we expect at the team’s fourth rally this weekend with three cars on the dirt.

Andreas Mikkelsen has a decent history in the sport of rally, making his debut FIA World Rally Championship when he was just 17. He picked up fifth place at the 2008 Rally Sweden. This earned him a place in rally history as the youngest driver ever to win a World Championship point.

Likewise, co-driver Mikko Markkula also plenty of experience the sport of rally, claiming his first win in the IRC with Juho Hanninen in 2009. He went on to win the title in 2010.

This weekend’s Rally of Portugal will be very interesting, to say the least. It will be the second gravel event this year, with 15 special stages and a total of 386.73km to be covered. Volkswagen Motorsport director Jost Capito recently said,

“After three completely different rallies at the start of the season, the first ‘typical’ WRC rallyawaits us in Portugal. Tough gravel routes, spring temperatures and – unlike at the Rally Mexico – stages at just above sea level: we will probably come across the same kind of conditions at the coming rallies in Argentina, Greece and Italy. As such, the Rally Portugal provides us with another important indicator of what the Polo R WRC is capable of.”