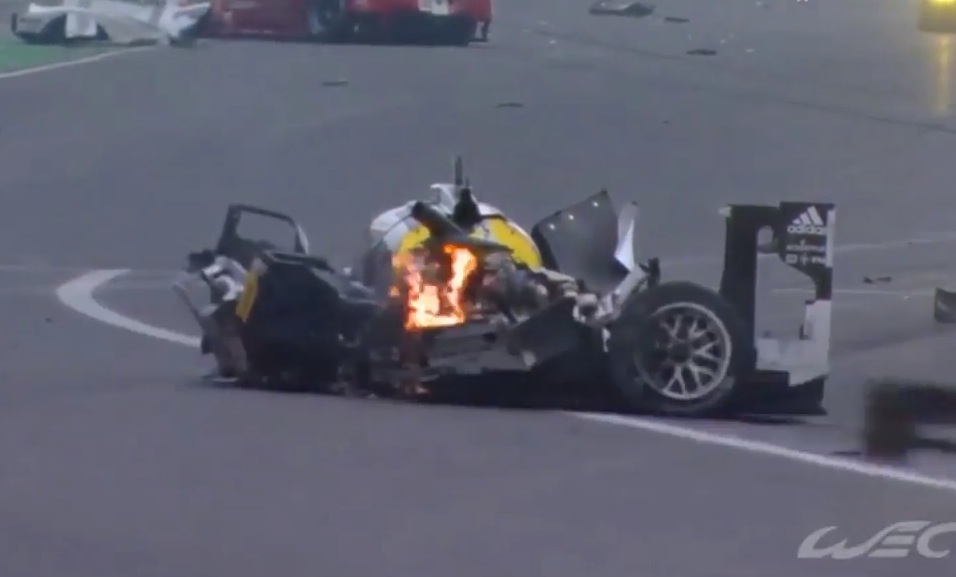 Australia’s Mark Webber has suffered a serious crash in the six-hour Sao Paulo event at the Interlagos circuit. The impact was so heavy it left his Porsche 919 in an almost unrecognisable state. 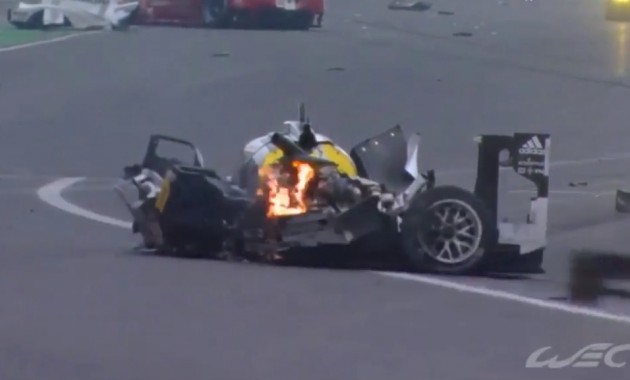 The Australian collided with Ferrari driver Matteo Cressoni at a speed of around 300km/h, around a bend, sending the drivers into the barricades, pinging back into the opposite barrier and sliding to rest near the pit lane. Upon initial impact, Webber’s Porsche 919 hybrid burst into flames for a short period.

Webber waved and gave the thumbs up to the crowd as he was stretchered away from the circuit, and was released from the medical center hours later. Cressoni too was unharmed from the crash. In a statement the FIA World Endurance Championship said,

“Mark Webber is reported to be awake and alert and taken to the circuit’s medical centre for further examination. Matteo Cressoni was examined at the side of the track and did not go to the Medical Centre.”

Webber had qualified in pole position for the endurance event, but crashed with only 30 minutes remaining. The 6 Hours of Sao Paulo ended behind the safety car and was won by Porsche driver Neel Jani. See the video below for the footage.