Entries for the 2012 World Time Attack Superlap Australia, taking place at Eastern Creek in August, are now open. Three classes will be run the same as last year, but in a slightly different format. 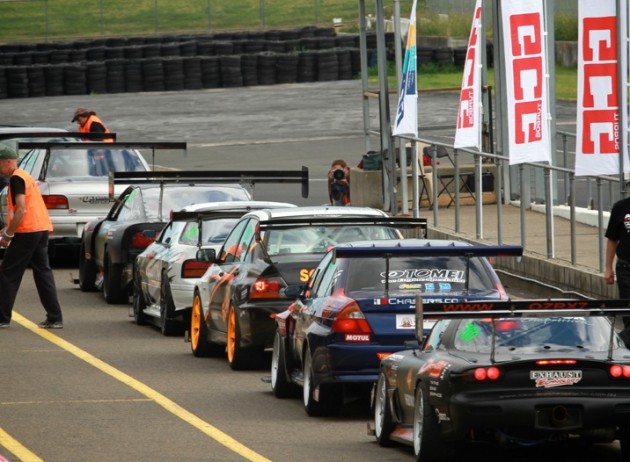 For those who don’t know, the World Time Attack Challenge is a pure time trial circuit event which brings the world’s fastest modified track cars from all around the world to one place. Each competitor gets limited time on the track to post their quickest lap time.

This year, both the Open Class and Clubsprint classes will be smaller. This will allow for more track time for all competitors, while the track will also be less congested. In total, there is 24 spots for Pro Class (invitation only), 48 for Open, and 24 for Clubsprint.

All cars will be of ‘international’ standard, which means there will be plenty of highly engineered and extremely quick cars this year. To apply, each entrant must provide a photo or rendering of their car and livery.

Entrants will also need to pay the entry costs up front. Prices are as follows:

The 2012 World Time Attack Challenge, Superlap Australia will be held on August 10 and 11 at Eastern Creek International Raceway, in Sydney’s west.

We look forward to providing as much coverage as possible. Head over to worldtimeattack.com for more information.