It might be a hybrid but it hasn’t stopped aftermarket specialists from modifying the CT200h. The Wald International Lexus CT200h Black Bison kit looks pretty mean for an eco special. It is being prepared for the China Auto Salon in October. 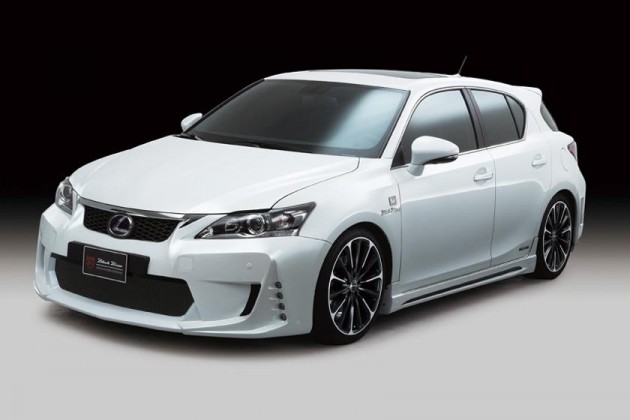 Showcasing mostly styling upgrades, as far as we know, the Wald CT200h is given a full white and black theme. There’s a new front bumper bar with vertical LEDs and a very low spoiler, a matching set of side skirts with black highlighting, while at the back features a very aggressive bumper bar at roof spoiler.

From the back, especially with that super-chunky rear diffuser and quad exhaust outlets, the Wald kit looks like it is packing a lot of horsepower. The company is yet to release all of the official details though, including possible engine modifications. 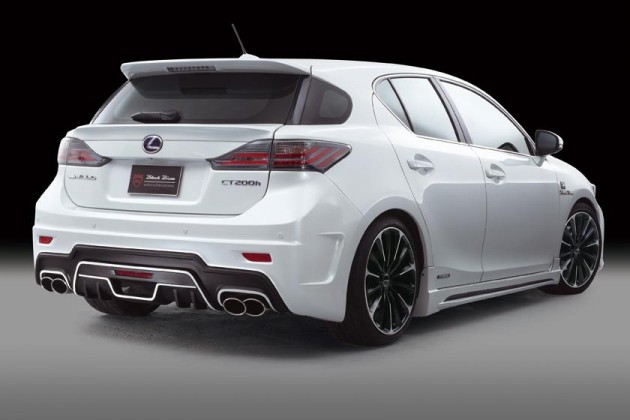 In its standard form the CT200h is hardly the quickest hatch around, using a 1.8-litre petrol four-cylinder engine linked up to a hybrid electric system with full electric drive mode capabilities. Overall output is rated at 100kW and 142Nm.

Hybrids aren’t really our thing but they could be the way of the future. Let’s hope tuning companies keep working their magic on cars, including hybrid ones. You have to admit, this CT200h does look pretty hot.