The Porsche Panamera Sport Concept is the company’s vision of a shooting brake. It encapsulates all aspects of Porsche design while blending in a dose of practicality and cutting-edge technology. 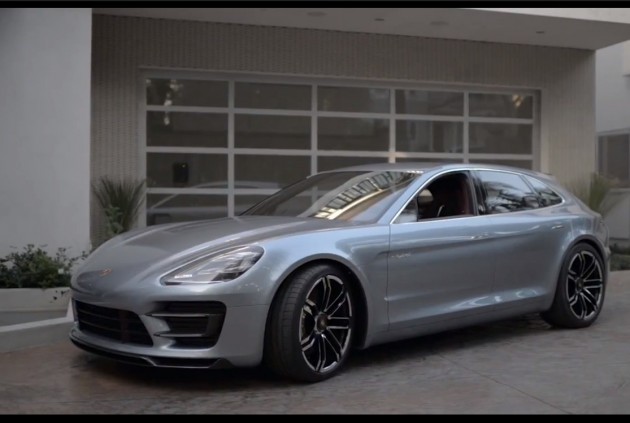 As you can see in the video below, the concept isn’t a stationary object. It’s a full working model, unlike other concept cars, with everything a vehicle needs to be ready for road registration.

We’ll leave the explanation of the car to the Porsche guys in the video, however, some interesting highlights are worth pointing out. Take notice of the cool ultra-modern headlights with separate groups of LEDs. Also check out the fascinating instrument cluster and speedo, which is completely digital, surrounded by views of blind-spots provided by external cameras.

Power for the concept comes from a 3.0-litre V6 petrol engine producing 245kW, with additional power coming from an electric hybrid system adding 70kW. Acceleration from 0-100km/h has been timed at 6.0 seconds.

Porsche has no official plans to put the Panamera shooting brake into production any time soon, but elements and technology, particularly from the V6 hybrid powertrain, are set to be used on future Porsche production cars.

Click play below for the philosophy behind the Sport Concept and Porsche design, and to see the stunning car being driven out on the streets for the first time.