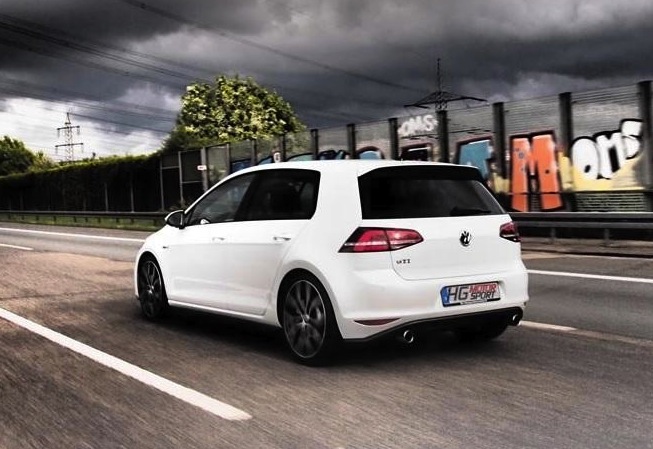 The new Volkswagen Golf GTI Mk7 has only just gone on sale in some international markets, but it hasn’t stopped HG Motorsport getting hold of one and developing a tuning package. 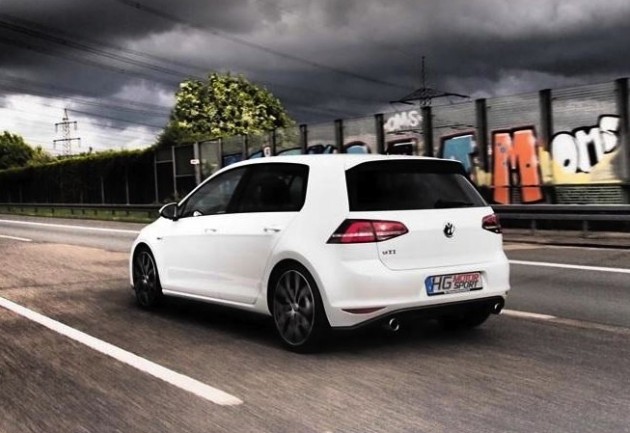 In factory form the new GTI comes with a 2.0-litre turbocharged four-cylinder engine producing 162kW and 350Nm of torque (169kW when optioned with the Performance pack).

HG Motorsport has developed an entry-level tune which includes a HF series intercooler, an upgraded turbo, a carbon fibre air intake, and a sports exhaust system to free up flow, all of which take power output out to 193kW and 376Nm.

For those who want a bit more zing, HG Motorsport can go one further. With the help of an engine computer retune, available in three settings, power can be pushed out to 212kW, 222kW, or as much as 226kW and 435Nm.

The new Golf GTI Mk7 has already received rave reviews from overseas experts. With these upgrades, it must turn the popular hot hatch into a very serious little super hatch.

The new model will arrive in Australia during the fourth quarter of this year.

Click play below to see how the tune performs on the dyno.