With Fast and Furious 6 only a handful of months away, fans are beginning to anticipate the cars that will be featured in the movie. One such vehicle will be a heavily tuned BenSopra/SP Engineering R35 Nissan GT-R, showcasing a whole host of high performance modifications. 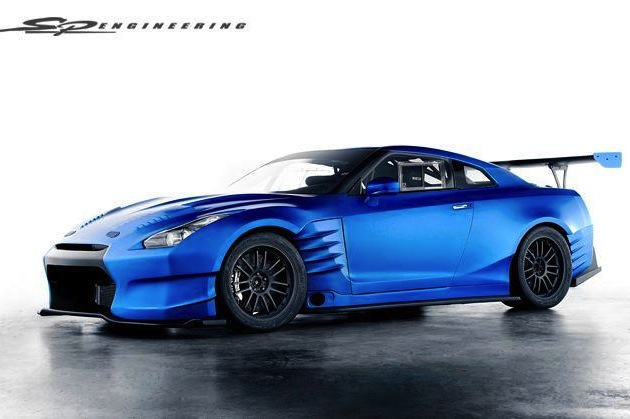 The first you’ll probably notice on this soon-to-be celebrity GT-R is the insane BenSopra widebody aerodynamics kit. It features pumped wheel arches, super-aggressive aero fins down the sides, and a huge wing at the back for added downforce.

Some aspects of the body are also replaced with Seibon carbon fibre items for weight reduction, including the doors, boot, sill panels and parts of the air ducting. There’s also an AMS carbon fibre bonnet with bespoke vents. 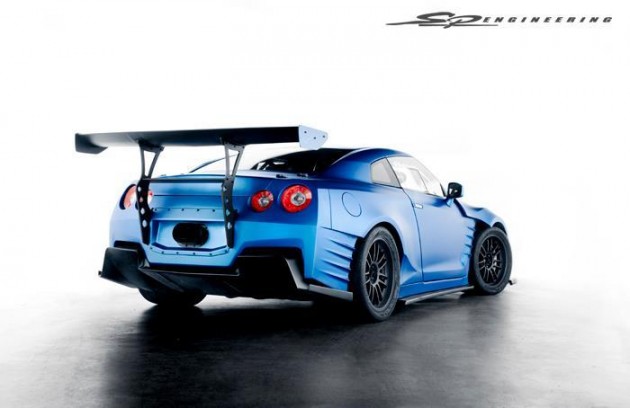 Under the bonnet, the 3.8-litre twin-turbo V6 gets an SP Engineering engine computer rehash, including a recalibration so the engine can run on 100 octane fuel.

The heart of it all is a complete Switzer P800 upgrade package. The Switzer kit includes a new turbo and a crazy HKS high-flow exhaust with outlets relocated to the number plate area.

Other mods include a Weapons Grade Performance ceramic brake package, Endless brake lines, and a suspension workover by R’s Tuning. The interior features a number of upgrades too, including an MCR steering wheel.

The epic creation will make its big screen debut in the Fast and Furious 6, which hits cinemas on May 24. If you can’t wait that long, click play below to see this thing haul on a dyno.