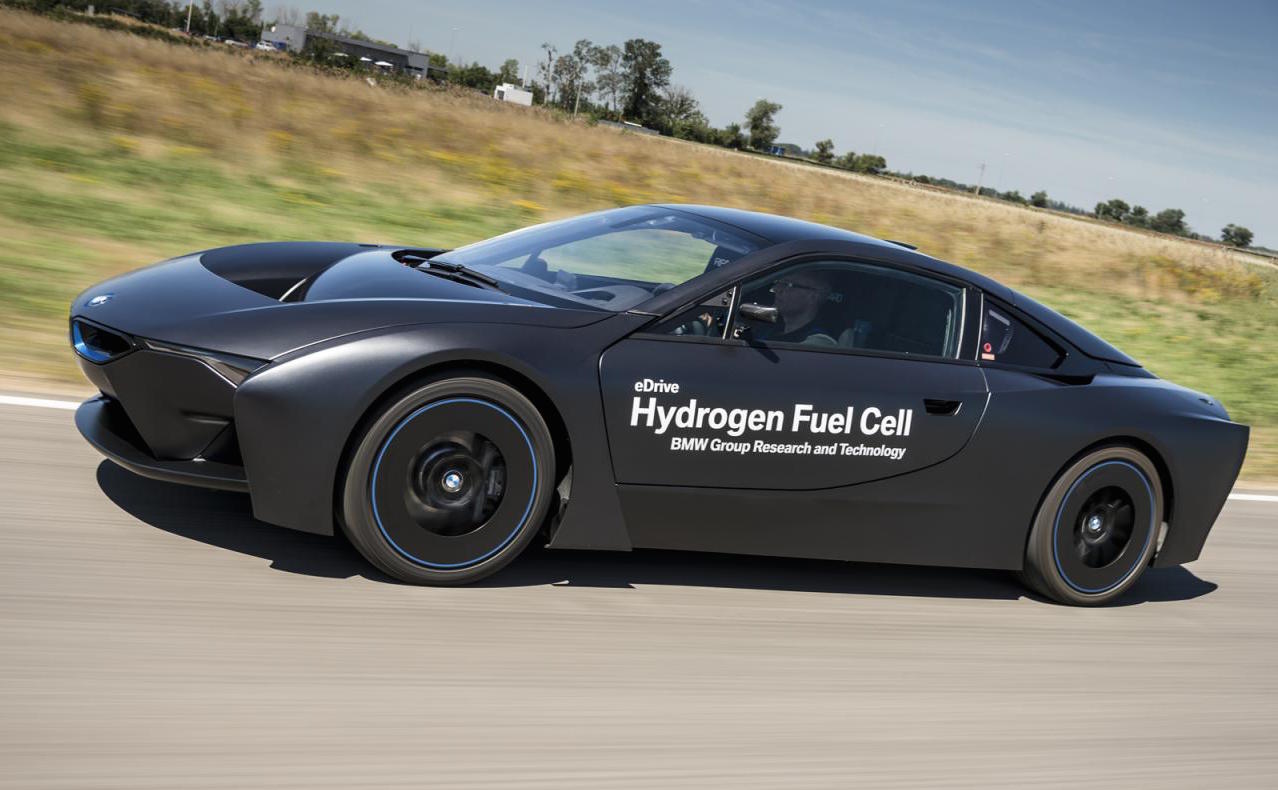 BMW has used its 2015 Innovation Days event to take the wraps off a villainous, clandestine i8 prototype featuring an advanced hydrogen fuel cell powertrain. 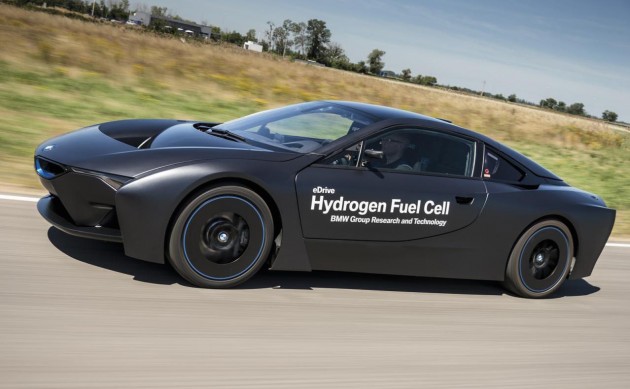 Originally completed three years ago as a test bed, this particular prototype was actually one of the pilot-build i8s, before being gutted of its already-futuristic drivetrain and restyled.

In lieu of the ‘cooking’ i8’s 1.5-litre turbocharged triple, this matt black monster has a fuel cell stack co-developed with Toyota. It feeds from a pressurised hydrogen tank sitting along the spine of the carbon fibre tub.

To telegraph that this isn’t an ordinary i8, thinner headlights and a trapezoidal grille treatment is used, with more angular taillights as well.

A 5 Series GT based fuel cell car was presented and available for journalists to drive. It featured new technologies such as a two-speed dual-clutch transmission, and 1kWh battery to supplement the 350-700 bar pressurised tank. This polished prototype is indicative of BMW and Toyota’s collaborative push to make hydrogen a realistic proposition by the end of the decade.

BMW is renowned for developing interesting, wacky and forward-looking prototypes in secret. In 1987, it made a 6.7-litre V16 7 Series generating 300kW and 637Nm, sent through a six-speed manual. The ‘767iL’ never saw the light of day.