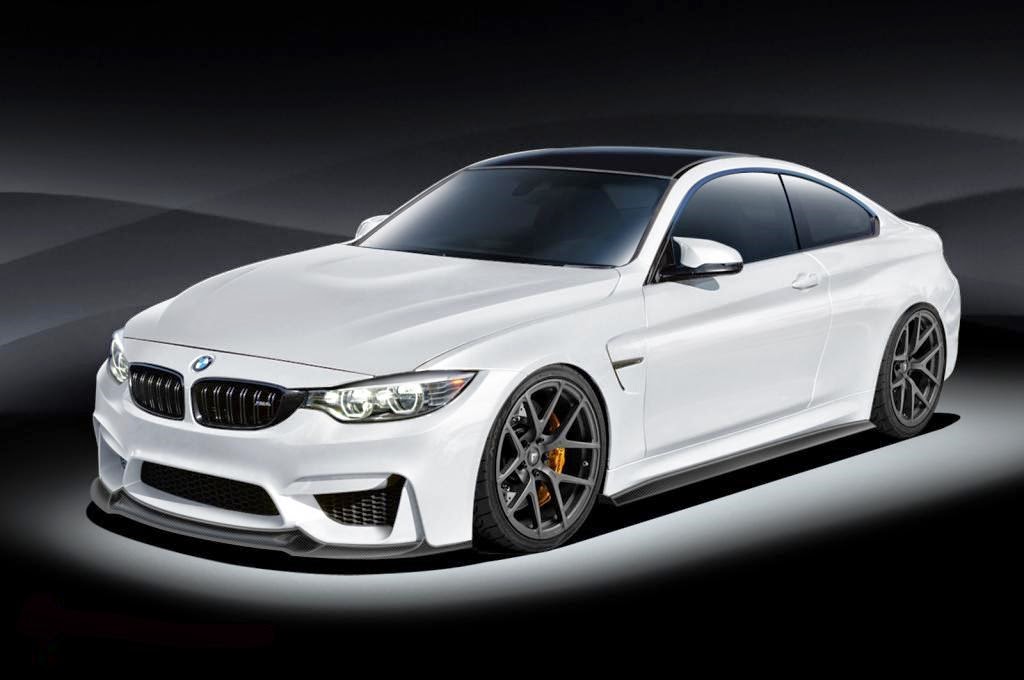 A new styling kit for the 2014 BMW M3 and M4 by Vorsteiner has leaked out early. This is one of the first upgrade packages for the new model we’ve seen, and one of the most anticipated. 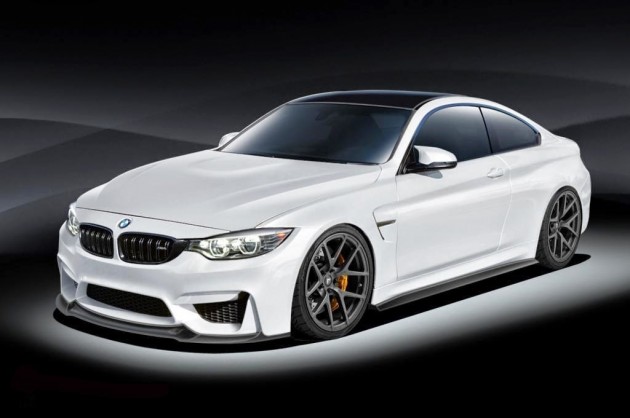 Vorsteiner is renowned for creating all kinds of tasteful upgrades for high-end vehicles. And it looks like the American-based company is preparing something just the same for the new M3 and M4.

Details are limited but as you can see by these early preview shots, Vorsteiner is planning a subtle yet comprehensive aero package. There’s a new carbon fibre front spoiler attached to the bumper bar that we can see, with matching carbon fibre side skirts with little fins at the ends.

Around at the back it gets a little more aggressive, with the addition of a chunky diffuser system lower down, also made from carbon fibre. It comes with racy fins and it encompasses a fresh quad-outlet exhaust system. 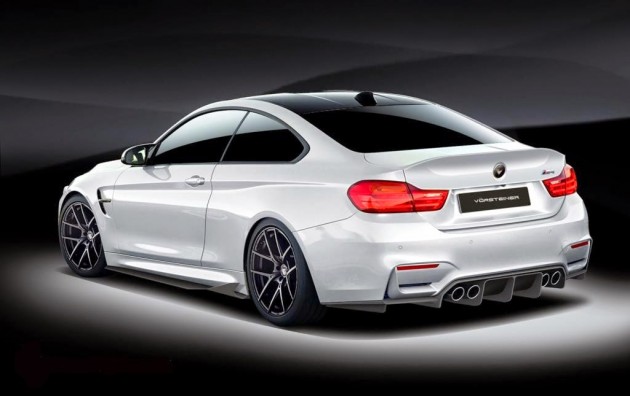 Mechanical changes are likely limited to the sports exhaust system, which could bump up engine power from the standard 317kW, while some lightweight VFF alloy wheels complete the look. The rims feature a gunmetal grey finish and sit nicely in the guards thanks to some obvious suspension mods.

As we’ve already seen, the new M3/M4 produces more power than what BMW says. On the dyno it laid down 312kW at the wheels, which translates to around 340-350kW at the engine. We’re eagerly looking forward to seeing what some of the big tuners can do in terms of engine tuning.