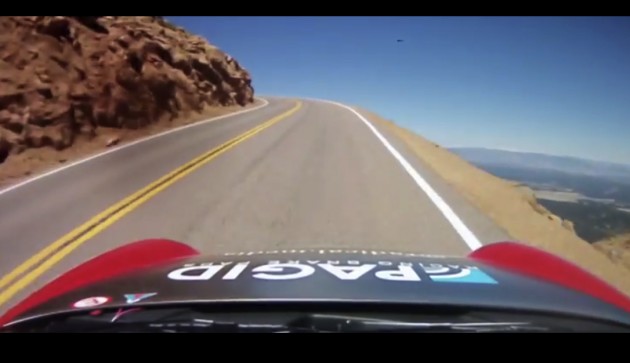 Jeff Zwart broke his previous record, which was set using a Porsche 911 GT3 Cup race car, by around 24 seconds. His time of 11:07.869 was achieved in a mostly-standard production-trim Porsche 911 GT2 RS.

Even though a 911 GT2 RS is not your average 911, Jeff Zwart still managed to place second overall in the 2WD Time Attack category behind Rod Millen in his highly-modified Hyundai Genesis race car, who took the win with a time of 11:04.912.

The Porsche 911 GT2 RS features a 3.6-litre twin-turbo flat-six engine punching out 456kW (612hp) and 700Nm, making it the world’s most powerful modern-day production Porsche. It’s capable of doing the 0-100km/h dash in 3.5 seconds, and has lapped the Nurburgring Nordschleife in 7:18.

Click play on the video below to see the GT2 RS being hustled up the famous hill climb. There’s also some great camera shots and superb scenery of the 19.99km road detailed in the footage.