Yes, you read correctly. Bugatti is reportedly working on another version of its only model, the Veyron, that could produce more power than any production car ever made. A ‘SuperVeyron’, of sorts. 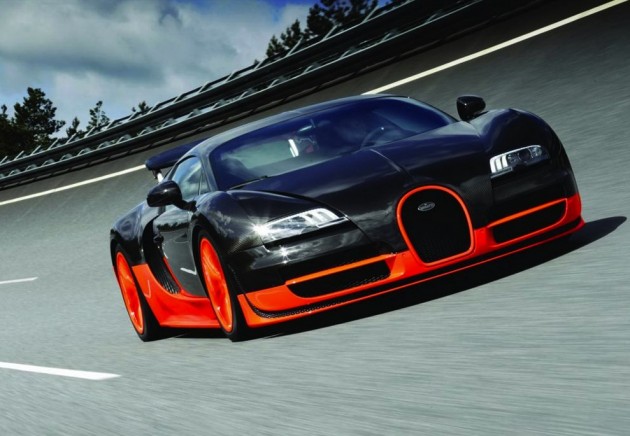 According to an Automobile Magazine report, Bugatti is working on an even fastest, more powerful version which will likely reset the record books once again.

Not only is the ‘SuperVeyron’ (name not official) set to be powerful, Bugatti is apparently working on shaving around 250kg from the already stripped back Super Sport’s weight. This would give it a kerb weight of around 1600kg. The reduced weight would improve the Veyron’s handling and braking performance, as well as assist with incredible acceleration and top speed.

If all goes to plan and the report is accurate, Bugatti may unveil the new model at the 2013 Frankfurt Motor Show in September.