Suzuki Australia is announcing the all-new 2012 Suzuki Swift Sport. Suzuki says almost every element has been redesigned, while power comes from a new 100kW engine. 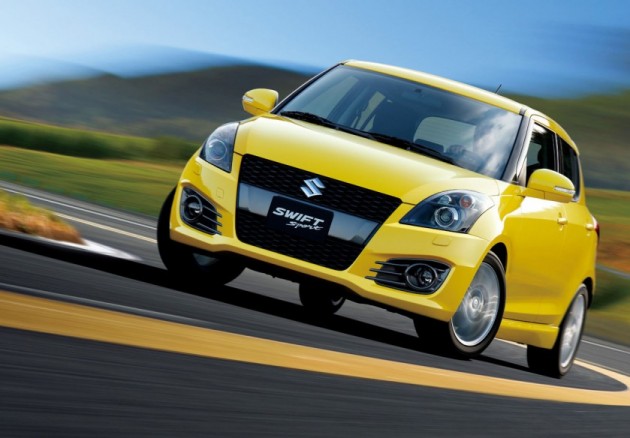 Externally, the 2012 Suzuki Swift Sport is instantly recognisable thanks to a new bodykit with sporty front and rear bumper bars, a roof spoiler at the rear, and a set of new 17-inch alloy wheels.

As for the handling dynamics, the new Sport comes with sports suspension with a 15 per cent increase in spring rate on the front and 30 increase on the rear to offer the optimum agile feel. The steering has also been tuned to cater for quick response while switching from corner to corner.

Perhaps the most exciting element of the new model is the revised engine with performance manifold. It consists of a 1.6-litre four-cylinder like the previous model, however, power is now 100kW while torque is 160Nm. This is an increase of 8kW and 12Nm. It’s also now available matched up to a six-speed manual (previously a five-speed), or a continuously variable auto-based transmission.

It might not sound like much more power but we must remember this is a compact, lightweight car, which doesn’t have hundreds of horsepower to begin with. So what you’re getting is almost a 10 per cent increase. Suzuki has also managed to shave 30kg from the Swift’s weight to assist in performance and fuel consumption (1060kg in manual form).

Like the rest of the range, the 2012 Suzuki Swift Sport will feature a five-star ANCAP safety rating (specific variant not yet tested, although the rest of the Swift range is rated five star) with electronic stability control, electronic brake distribution, and seven airbags.