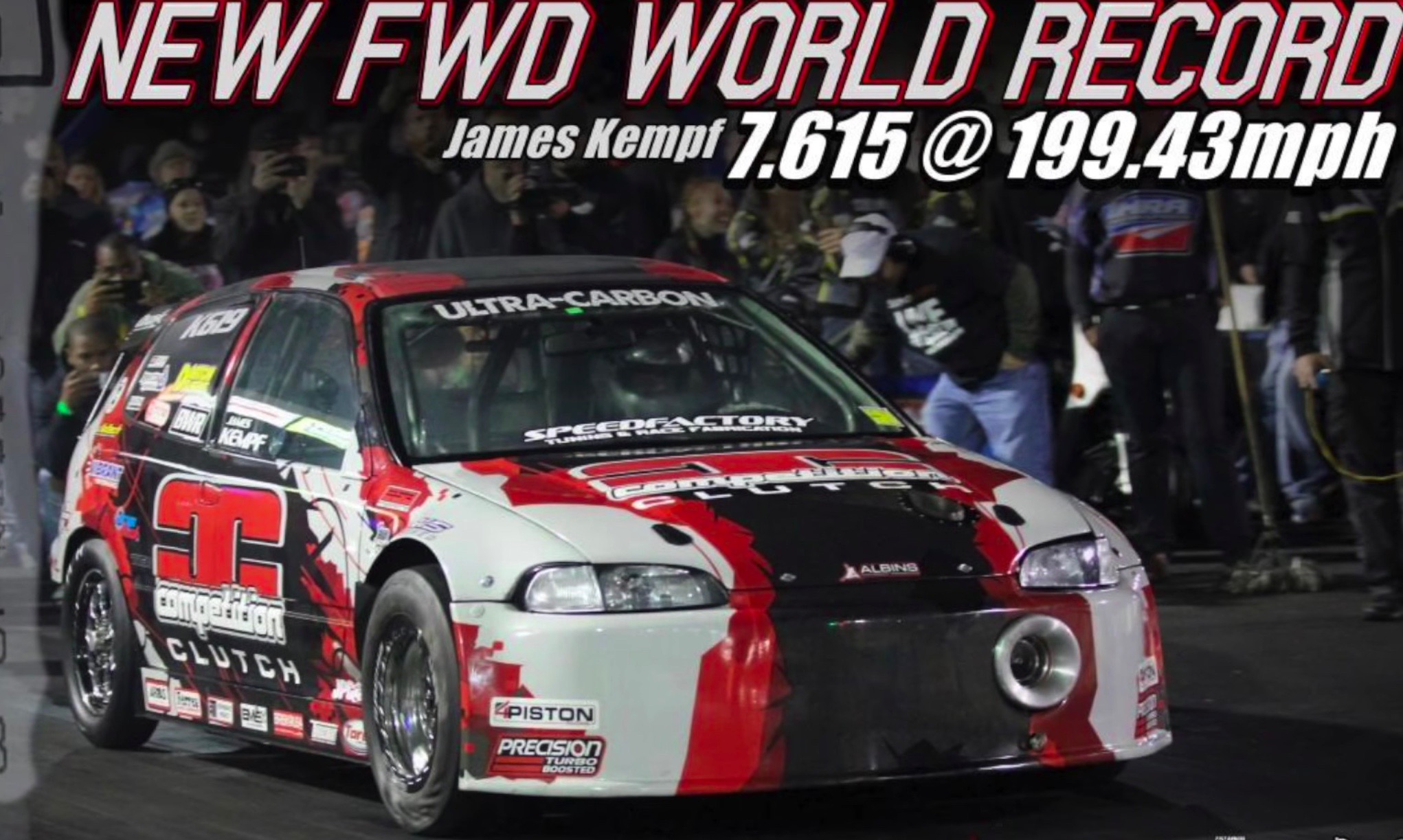 The quarter-mile record for a front-wheel drive car has been broken by a 20-year-old Honda Civic with 560,000km on the clock. Yes, you read correctly.

SpeedFactory Racing has claimed the coveted record with a 7.61-second quarter-mile sprint, crossing the line at 323km/h. It also set a new speed trap record. To give you an idea of just how competitive the 20-year-old Civic’s record really is, just last week AMS Performance took a record with a stock-chassis Nissan GT-R clocking the run in 7.14 seconds, bettering the record set just a week before by Ekanoo Racing. And these use all-wheel drive.

The FWD record was set at the ImportVsDomestic.com World Cup Finals at Maryland International Raceway. You can witness the incredible run in the video below.

SpeedFactory’s stock-chassis Honda Civic manages to pump out 1380kW from the obscenely turbocharged 2.0-litre four-cylinder engine which transfers power to the front wheels via a H-pattern transmission. 1380kW equates to around five times the power output of the most powerful 2.0-litre turbocharged production car, the Mercedes-Benz A 45 AMG.