Volvo Cars is celebrating its 85th birthday today, and to mark the occasion a 1927 Volvo OV4 was driven off the original production line in Lundby, just like it was 85 years ago. 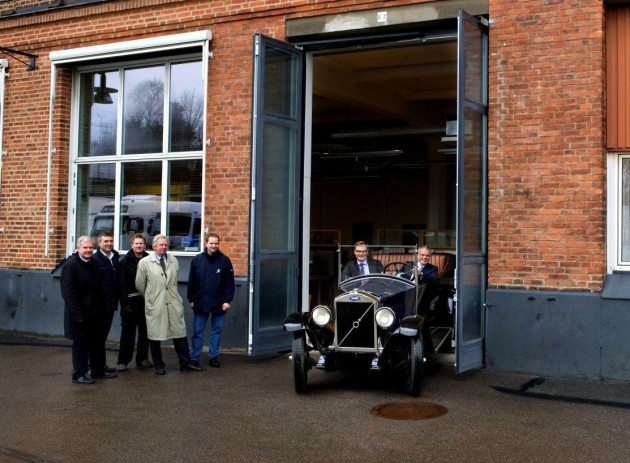 The first car Volvo ever produced was the Volvo OV4 (actually named the ‘ÖV4’). And on this day back in 1927, the first example left production line in Sweden putting Volvo on the automotive map. 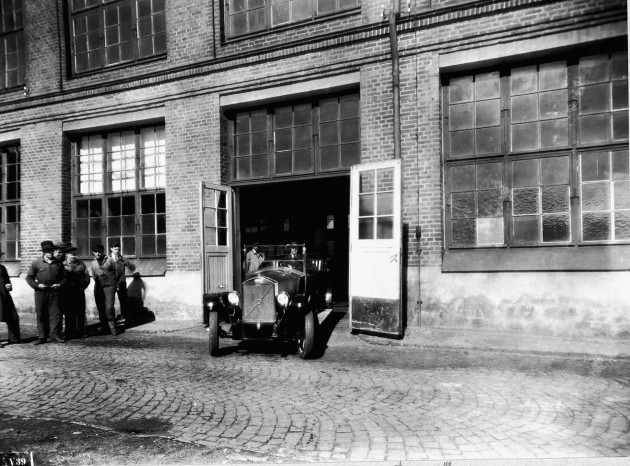 The sales manager at the time, Hilmer Johansson, drove the first OV4 out the door at Lundby, whereas today, Volvo Car Corporation CEO and president Steven Jacoby and Olof Persson, president and CEO of the Volvo Group, were aboard the now vintage model. Jacoby said at the celebration,

“It’s a fantastic car, but it’s easy to see how much has changed over the last 85 years.”

The OV4, literally meaning ‘open car four cylinder’, features a 2.0-litre four-cylinder engine which produced 21kW of power and 100Nm of torque. It was backed up by a three-speed transmission, with a ‘recommended’ top speed of 60km/h, and an actual top speed of 90km/h.

In the initial days, Volvo wasn’t as successful as planned, selling around 300 units per year. It soon found out that in order to make it big, it needed to export. So it did. It didn’t take long for Volvo to be a well-known manufacturer around the world.

Nowadays, Volvo sells around 450,000 vehicles per year, not including trucks. During 2011 in Australia alone, 5272 new Volvos were bought.

We look forward to many years to come from Volvo, and many advances in automotive technology and safety.