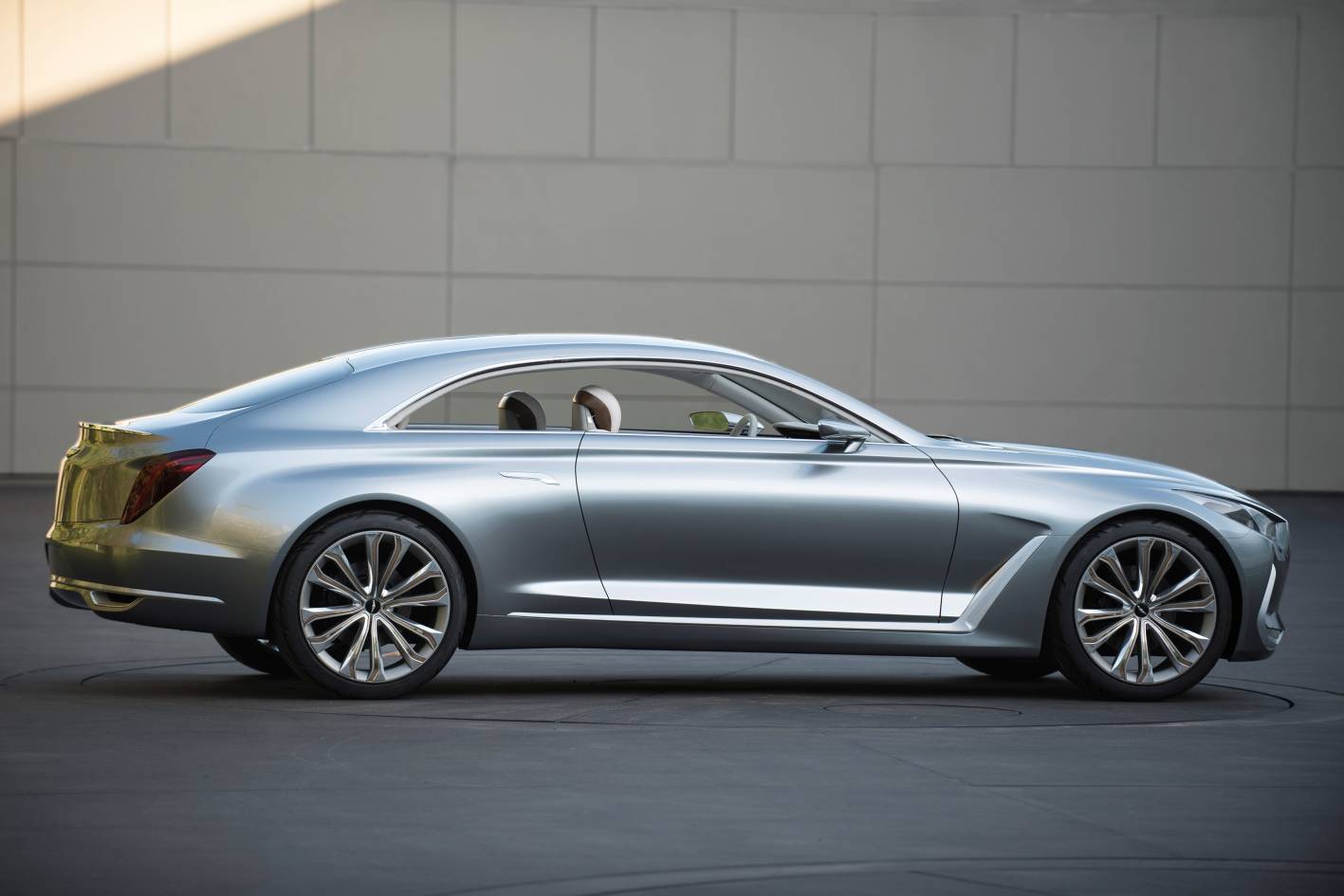 Hyundai has unveiled an interesting new concept car called the Vision G Concept Coupe at the Los Angeles County Museum of Art. It gives us some insight into Hyundai’s future premium design direction. 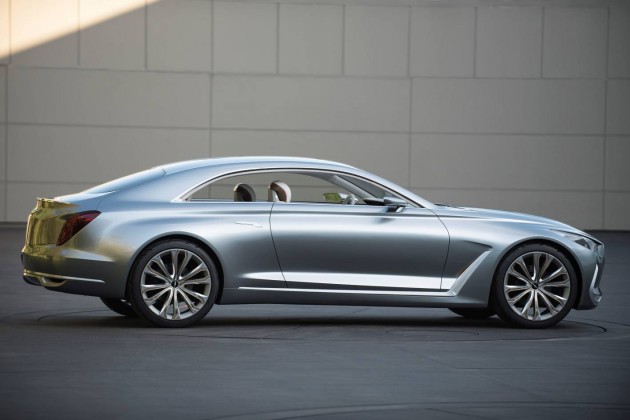 The company’s head designer, Peter Schreyer, says the coupe was designed in collaboration with Hyundai design studios all around the world, however, it was a project led by the US team.

“The design is our interpretation of the idea that Hyundai breathes into all of its vehicles – a DNA that balances design and performance with the idea that you don’t need to be over the top in terms of glitz and stereotypical luxury cues.”

It’s described as ‘purposefully understated’, although, to us, it looks quite flamboyant. At the front is a huge gulping grille layout, while defined body lines blanket bolstered wheel arches. The lack of a B-pillar adds to its elegance.

In the engine compartment sits a 5.0-litre ‘Tau’ V8 engine producing 312kW of power at 6000rpm, and 519Nm of torque at 5000rpm. It features a low-torque exhaust manifold and a high compression ratio, as well as various components for low emissions and high efficiency, according to Hyundai.

There are no definite plans for this beast to go into production as is, but the company says it is “inspiration for its family of future premium products that promise luxury, performance and style”.

Public viewing will be available at the Pebble Beach Concours d’Elegance event on Sunday, August 16, in California.