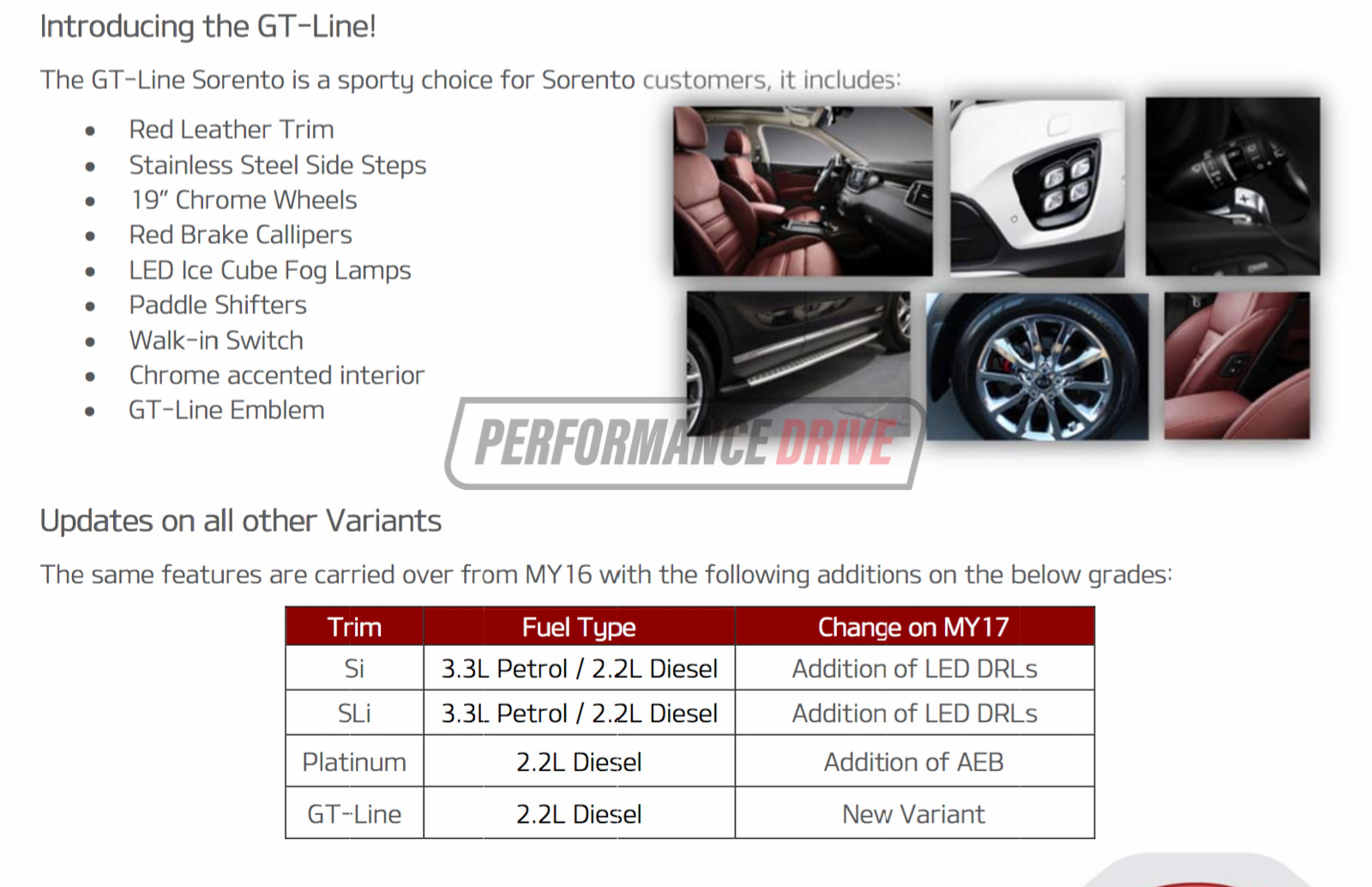 Last month we reported some exclusive details of the Sorento GT-Line pack coming soon. Now, according to our sources, we can confirm this pack will indeed coincide with the launch of the MY2017 Sorento update. 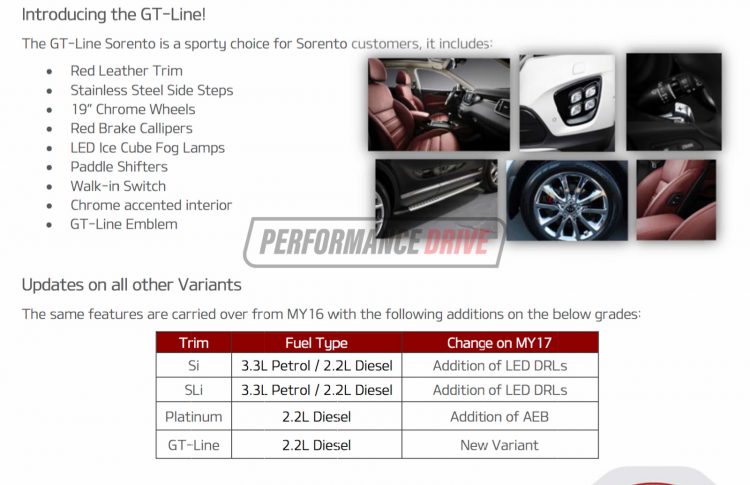 The GT-Line adds 19-inch chrome wheels, stainless steel sidesteps, red leather upholstery, LED cube fog lights, paddle shifters, and red-painted brakes. This pack will only be available with the 2.2-litre turbo-diesel engine. Aside from the introduction of the exclusive GT-Line package, the MY17 will also see some other updates.

The MY2017 update gets autonomous emergency braking in Platinum grade. Like other AEB systems that are becoming increasingly more popular in vehicles, the technology is capable of warning the driver of an imminent crash and assist in using maximum braking capacity. It also has the ability to brake automatically if the driver fails to do so.

All model variants will also receive LED daytime running lights for a more modern look, while the interior is set to be revised to provide better build quality. Specific details on the upgrades are yet to be confirmed, but it’s understood there could be some minor fitment and trimming revisions.

As far as we know the pricing structure will be carried over from the MY16 Sorento range, with the top Platinum model increasing by around $600. The GT-Line will sit at the top of the range, with an expected starting price between $57,990 and $58,990. With this structure, the Platinum is set to be priced from $56,590, with the entry Si remaining at $40,990 (all excluding on-road costs. Official confirmation yet to be announced). The 2017 model will arrive very soon, with production stamped for September 2016.