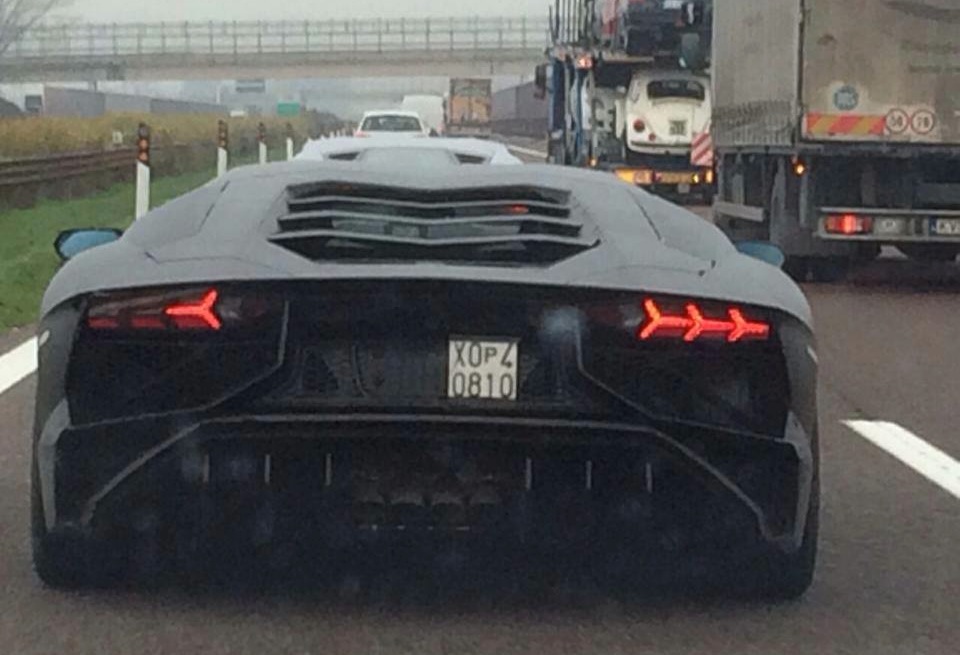 Never before have four exhaust outlets looked so menacing. This is said to be the rear end of the upcoming Lamborghini Aventador Super Veloce (SV), recently spotted in prototype guise in Italy. 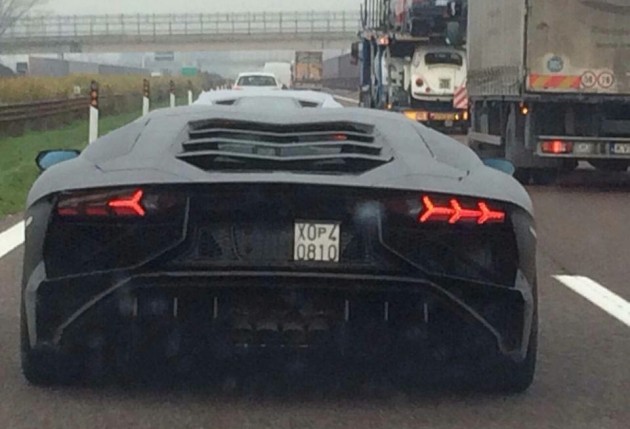 This image, posted up on Marchettino’s Facebook page, shows the new hardcore performance version out and about testing on Italian highways. Nothing much has been revealed in the image, in terms of material matter, but it does provide some confirmation that such a model seems to be on its way.

Lamborghini has a long history of producing special SV versions of all of its flagship V12 supercars, even with the original Lamborghini Miura of the 1960s-1970s. For the Aventador, it’s expected to be the most powerful and fastest ever model to don the SV badge.

We can see a new rear bumper bumper and, more noticeably, a chunkier rear diffuser and splitter setup at the back, with very aggressive fins. There’s also some new vents beneath the taillights for further engine venting. The front end is likely to showcase a race-like spoiler system as well.

As for the engine, the 6.5-litre naturally aspirated V12 is set to come with uprated specification. Reports indicate a somewhat modest bump from 515kW to around 530kW. However, thanks to a certain degree of weight reduction through moreorless carbon fibre features, the Aventador SV is tipped to weigh around 100kg less than the standard model (1575kg).

Given the fact the standard model is able to cover 0-100km/h in just 3.0 seconds and hit a top speed of 350km/h, the Super Veloce will probably outrun these figures by a considerable margin.

For more information we might have to wait until the 2015 Frankfurt Motor Show in September unless the company decides to reveal info beforehand. Either way, we’ll be right on top of it to bring you any updates.