Volkswagen first unveiled the Volkswagen Up! GT at the 2011 Frankfurt Motor Show in September last year as a concept vehicle. It has reportedly been confirmed Volkswagen will be putting the pocket-sized sporty hatch into production. 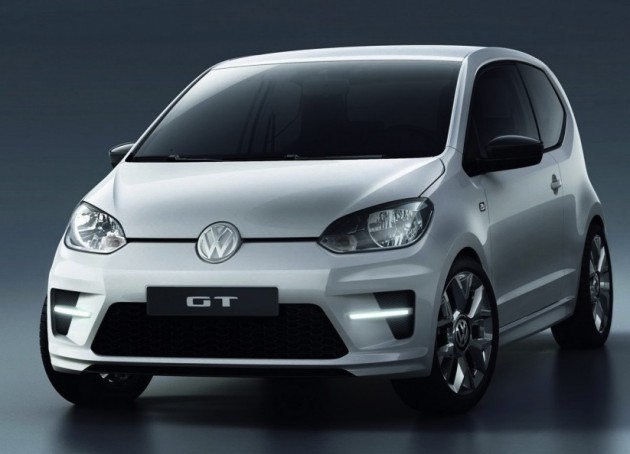 The Volkswagen Up! GT is the shrunken equivalent of the Golf GTI and Polo GTI, and seen as a spiritual successor to the old Lupo GTI. Specific details are yet to be revealed. Even on the concept version, engine and mechanical specifics weren’t mentioned. It will likely feature a smattering of sporty revisions over the normal Up! though.

Volkswagen Australia will be introducing the normal three-door Up! later this year. It will enter the market as the cheapest (around $15,000) and smallest vehicle in Volkswagen’s lineup, coming equipped with a 1.0-litre three-cylinder engine producing 45kW and 95Nm, or a higher spec version offering 55kW.

A five-door version of the Up! has also been unveiled overseas, however, Volkswagen Australia is yet to confirm if the larger variant will be included in the local lineup. 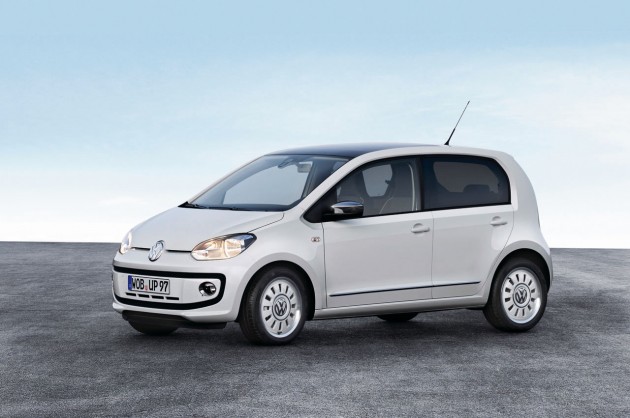 With the Volkswagen Up! GT, power is expected to come from a similar turbocharged engine developing around 82kW of power, matched to a six-speed manual transmission. It will likely come in three-door guise only and feature various GT-esque highlights.

Highlights over the normal Up! are expected to include sports suspension, alloy wheels, a sporty themed interior with semi-bucket seats and various GT logos. While on the outside the Up! GT is likely to get a number of body trimming enhancements, with new front and rear bumper bar extensions, side skirts, and a dual exhaust outlet system at the back.

A report from PistonHeads says that Volkswagen has confirmed the car will go into production, although company executives are still evaluating a final concrete decision.