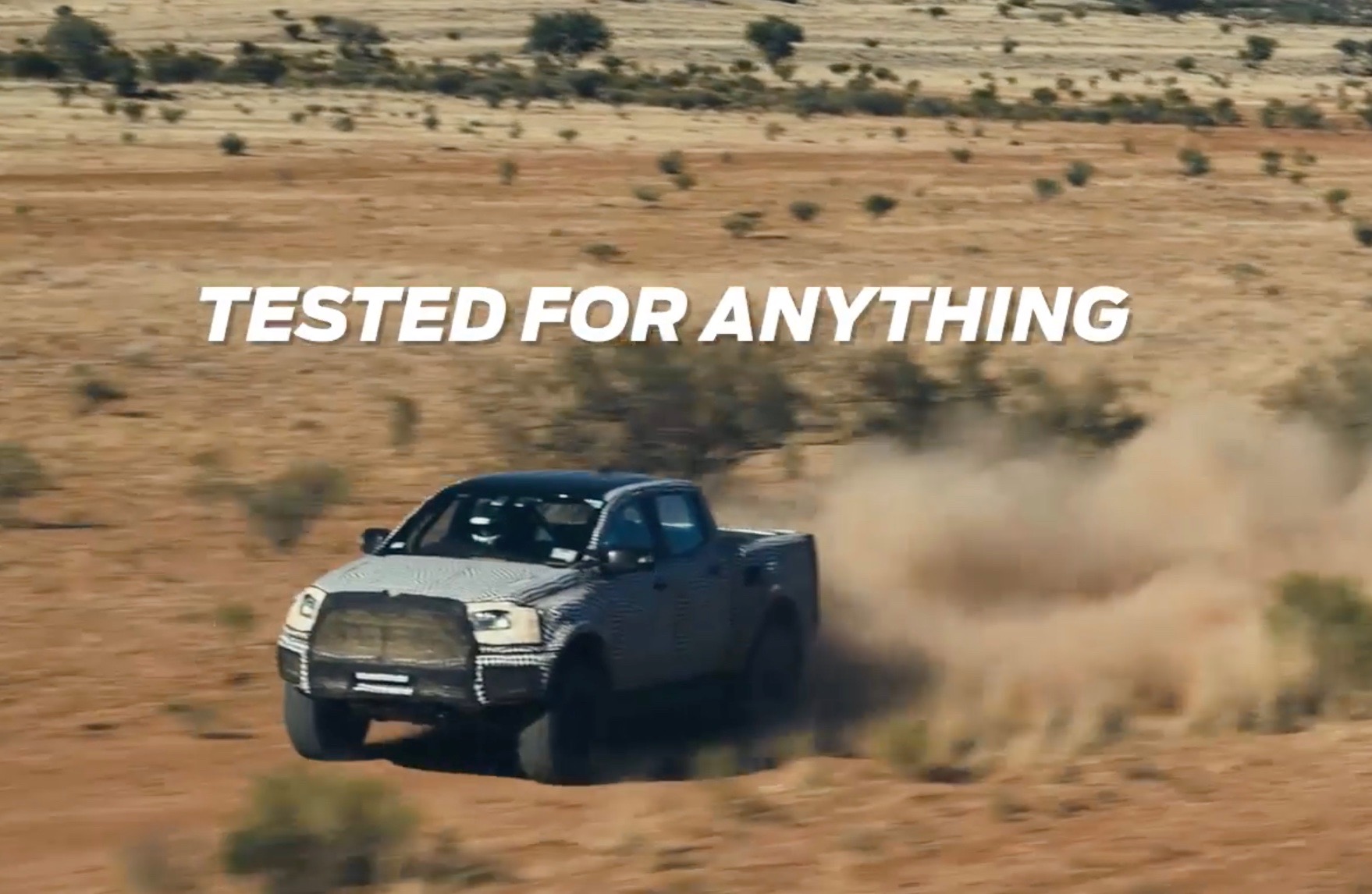 Ford is getting ready to unveil the first Ranger Raptor very soon, and has sent out another teaser to get the juices flowing. By the looks of it, the Ranger Raptor will be a beast in the off-road stuff. 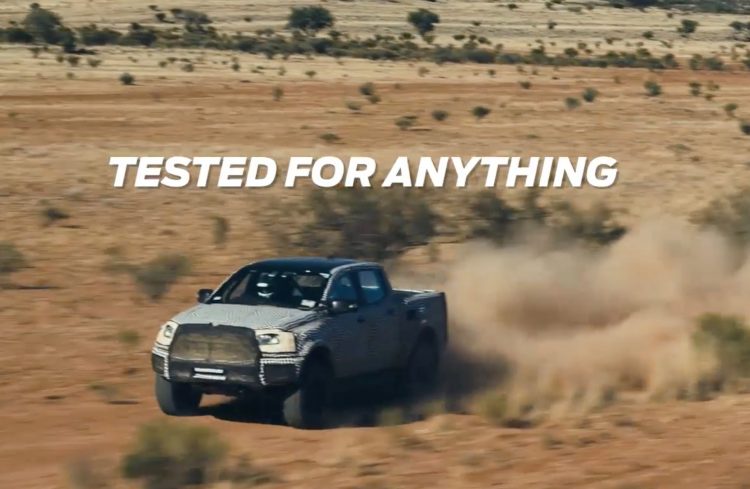 The Ranger Raptor will be a performance version of the popular ute, with enhancements in almost every area. Unlike some of the recent additions to this new niche segment, the Raptor is expected to sport a boosted engine.

While the disappointing HSV SportsCat features the same standard 2.8-litre turbo-diesel engine as its Holden-badged brother, the Ford is likely to use a unique unit. Nothing has been officially confirmed as yet but there has been talk of a 2.0-litre turbo coming in hooked up to a 10-speed automatic.

At the more exciting end of the rumour mill there has been talk of 2.7-litre turbo EcoBoost petrol unit being offered. This engine currently powers a number of vehicles in the US and could give the Ranger upwards of 220kW. Again though, Ford hasn’t said a word.

In other areas, the Raptor will come with bespoke, hardcore suspension like the HSV, and plenty of bush-ready accessories like the Toyota HiLux Rugged. We can expect some body modifications such as protection-plate-clad bumper bars, bulging wheel arches, and unique wheels, as depicted in a recent digital rendering.

Ford shows off the Raptor’s off-road performance in the video, as it undergoes tests in a variety of demanding conditions. This kinda suggests it will be quite a rugged machine compared with the standard Ranger. Check it out below.

The Ford Ranger Raptor will go on sale in Australia later this year, following a full debut tipped for February 7. Stay tuned for updates.