Are you finding your R35 Nissan GT-R offers too much traction? Perhaps you’re in need of a Nissan GT-R R35 rear-wheel drive conversion which sends all power to the back for tail-out fun. 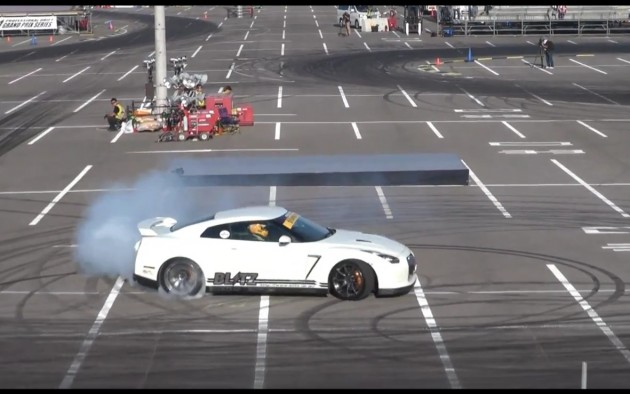 The ATESSA system, in various iterations, has been used on all modern GT-R vehicles. On the current model however, the drivetrain is dramatically different. It features a trans-axle rear-mounted transmission. It runs two drive shafts, one which sends power down from the engine, and another which sends power back up to the front wheels.

Simply disconnecting the drive shaft running back up to the front wheels should do the trick. However, on the Blitz drift car, developed for the D1 Grand Prix, it features a Holinger six-speed transmission mounted in the conventional position, with a normal clutch and drive shaft. Obviously a pretty big job.

It looks kind of strange watching it turn the rear tyres into dust on a small drift circuit. Click play on the video below for a look.

What do you think? Would you like a Nissan GT-R R35 rear-wheel drive? Or would you rather leave it AWD?