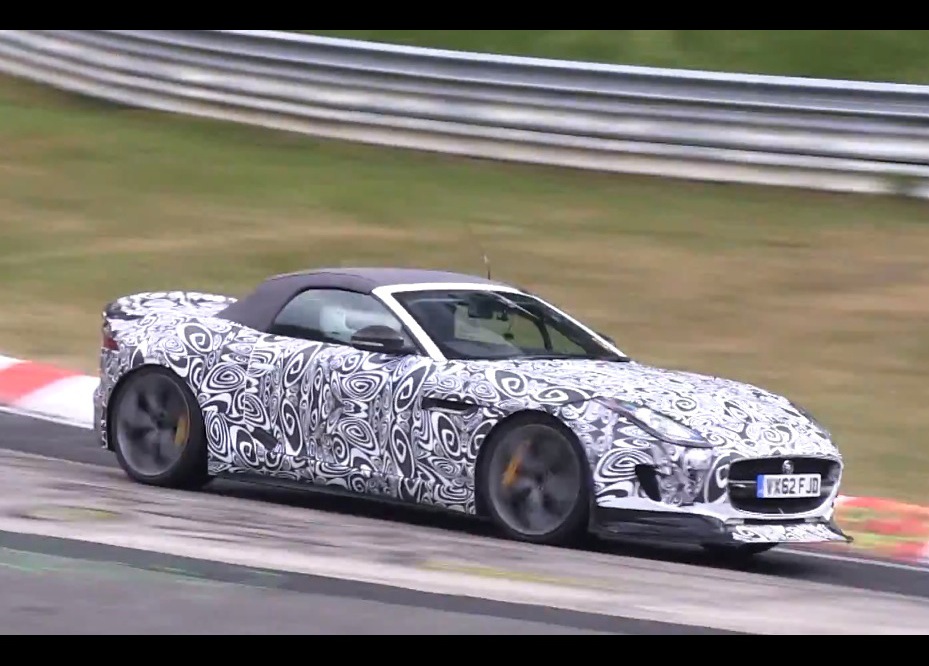 Jaguar has been spotted test driving an intriguing prototype based on the F-Type. It’s believed to be a high-performance ‘RS’ version, which could be on the way in coupe and convertible form. 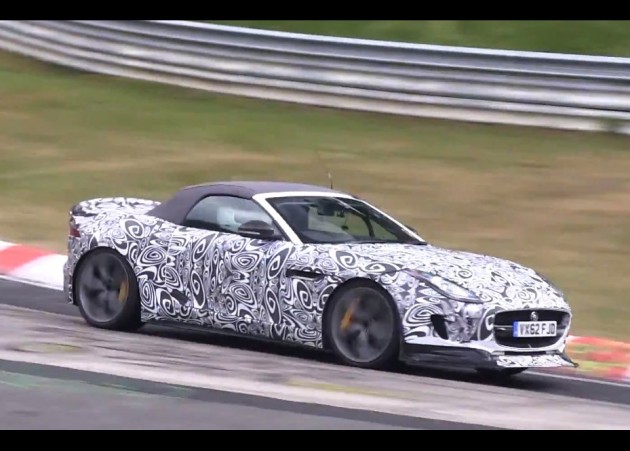 Almost every car in the Jaguar showroom is available in RS trim. It’s a hardcore package that brings more performance in every area, including the engine and handling.

The F-Type ‘RS’ – name not confirmed – is expected to come with Jaguar’s most potent 5.0-litre supercharged V8 tune with around 423kW or more. This would be 50kW up on the current flagship F-Type V8 S and considerably more than the entry-level supercharged V6 which offers 250kW.

As you can see in the video below, provided by TouriClips YouTube channel, the prototype seems to fit the description of an RS quite well. The only aspect we have to wait for now is that magic power figure.

Jaguar recently announced a bespoke package for the F-Type called the 423kW Project 7, which was created by the company’s new Special Operations division. Although only available in very small numbers (250), Project 7 is currently the most powerful production Jaguar on the market. Could the RS beat this? Official information is expected to be announced in the very near future.