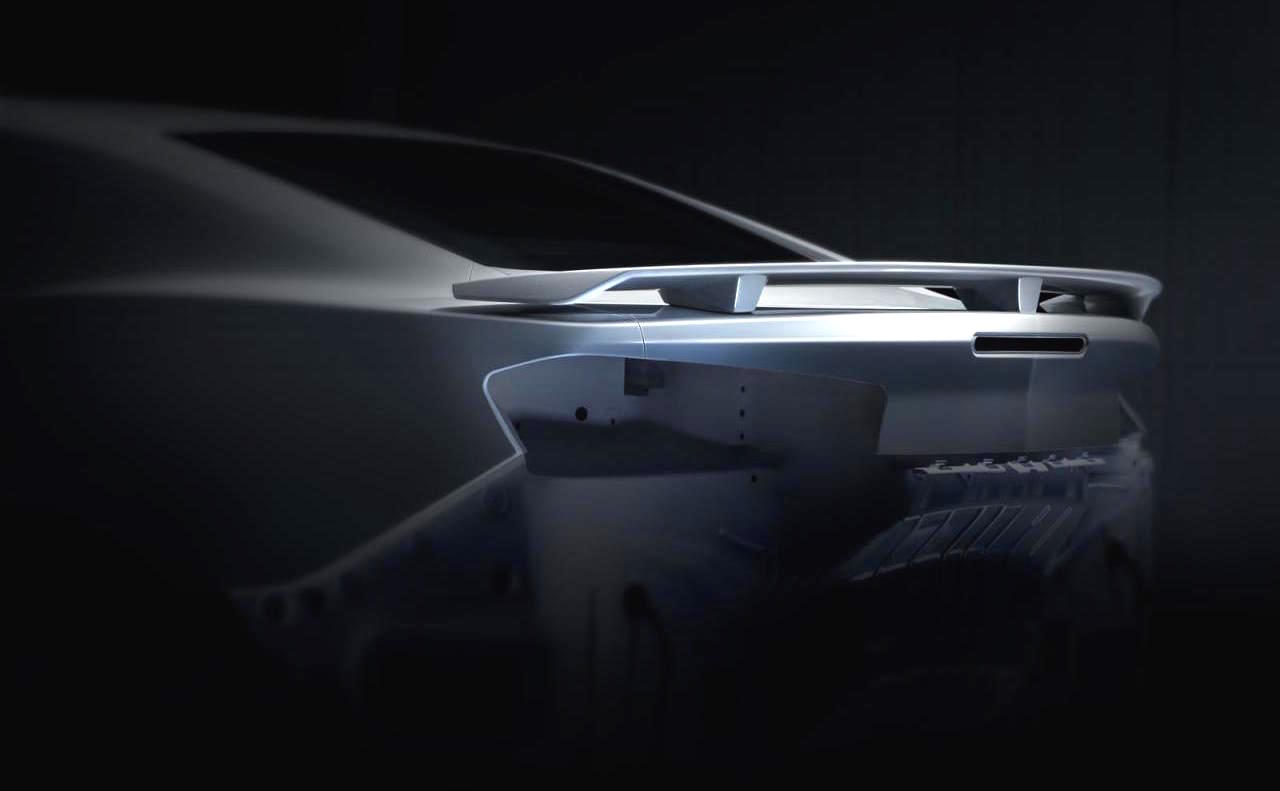 Another teaser image of the 2016 Chevrolet Camaro has been released, showing a bit of the rear end for the first time. 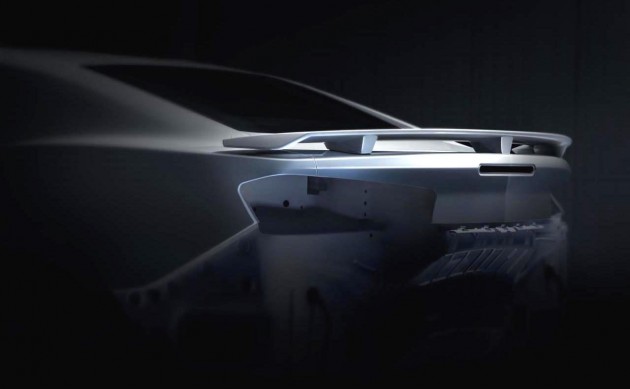 The image doesn’t show much, except a view of the deck spoiler and contours of the hatch and rear haunches. Even the taillights are removed in the digital image.

Chevrolet says the new model will showcase a leaner and more athletic design, with complex shapes that appear to be formed around the mechanical components. Ed Welburn, vice president of GM Global Design, said,

“The Camaro went to the gym and came out with a lithe, more athletic physique for the sixth generation. It’s a more expressive evolution of the Camaro’s iconic character – and one that complements its leaner size and sharper reflexes.”

Describing the new aluminium bonnet, Chev says it features a powerful yet smoothly curved forms with sharp creases, saying the bonnet “appears to be shrink-wrapped around the engine”.

As for specifications, Chevrolet is remaining tip-lipped about such details. The muscle car is expected to turn green though, figuratively speaking, with talk of a turbo four-cylinder joining the range of the first time. This kind of thinking would obviously upset some fans, but it would give GM a more stable defence against Ford’s 2.3-litre four-cylinder Mustang.

Chevrolet says all of the details including images of the exterior and interior will be revealed on May 16 during a special event at Detroit’s Belle Isle Park. GM Holden Australia is yet to say anything about a possible local introduction, but we think it might happen given Holden will soon have no V8 performance car in its lineup.