According to a recent Automotive News report from the US, Subaru is developing a turbocharged version of its latest 2.0-litre four-cylinder boxer engine, found in the Subaru BRZ sports coupe. 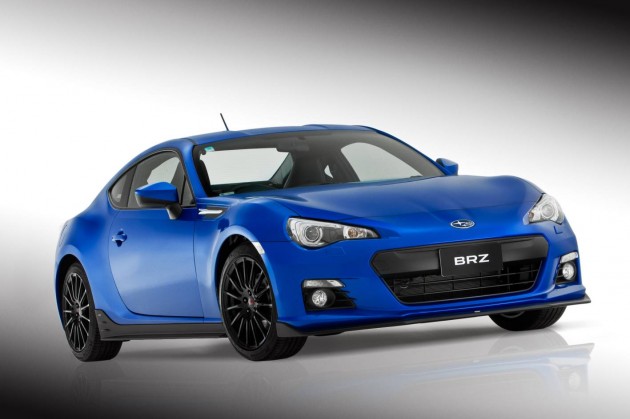 The engine, which already comes with advanced technology such as direct injection, also powers the Toyota 86 (review here) in identical tune. It produces 147kW of power and 205Nm of torque.

The new turbocharged version will, according to sources in the report, eventually find its way into the BRZ. Power is tipped to be around the 209kW mark, featuring a twin-scroll turbo and straight direct injection instead of the BRZ/86 direct-port DI setup.

The most interesting change will be the torque figure which is said to rise to around 340Nm. Up from the rather low 205Nm rating, the BRZ turbo is expected to be an even more exciting driver’s car with increased handling versatility through throttle-controlled steering.

The Subaru BRZ turbo – possibly named the BRZ STI – is set to make an appearance in late 2013/early 2014. It’s unknown at this stage if Toyota will offer a similar sort of higher performance option for its 86.